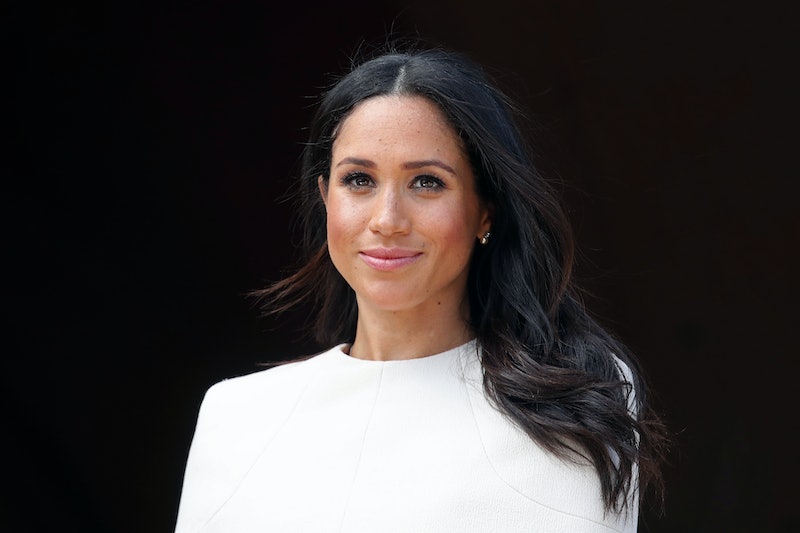 The weather may have been too hot to do anything other than laze around outside but Meghan Markle had a pretty busy weekend. On Saturday and Sunday, the Duchess of Sussex made a surprise appearance at the Audi Polo Challenge in Ascot, cheering on her husband in the match. But all everyone wants to know is: How can you get Meghan Markle's jeans and white shirt outfit for less?

For her royal polo debut on Saturday — alongside good friend Serena Williams — Markle chose a sandy-hued Shoshanna dress with a gingham print. Although the £299 style is a far cry from the royal's mega-expensive couture dresses, it's still pretty pricey (and now unfortunately sold out).

She paired the cotton summer dress with brown leather sandals by Sarah Flint costing £185, according to Glamour. Again, the majority of sizes have now sold out thanks to the so-called Meghan effect. The 36-year-old chose to cover her head from the scorching sun with what eagle eye watchers suspect is a £47 cream-coloured straw hat by Madewell, as reported by Harper's Bazaar. And guess what? This has sold out too.

On Sunday, Markle appeared at the event again. According to Hello!, Prince William reportedly chose to stay at home to mark what would have been Princess Diana's 57th birthday, while Harry arrived in his best polo gear. Markle, meanwhile, chose a pretty casual look featuring an oversized white shirt, cropped black jeans, and flat shoes by Chanel.

OK, so you probably won't be able to afford the Chanel shoes, and royal fans are still working out where Markle's shirt and jeans are from. The blog Meghan's Mirror have reported on Instagram that they think Meghan is wearing a J. Crew shirt and Everlane's High Rise Skinny Jeans in black. Either way, there are plenty of ways you can dupe her look from Saturday and Sunday without cleaning out your entire bank account.

Here are just a few:

More like this
How To Shop Your Favourite Celebrities’ Closets On Depop
By Darshita Goyal
Dr. Martens’ New Collab Reimagines A DM Classic
By Frances Stewart
Harry Styles’ Red Carpet Looks Have One Thing In Common
By El Hunt
Pandora’s New Collection Is A Real Work Of Art
By El Hunt
Get The Very Best Of Bustle/UK