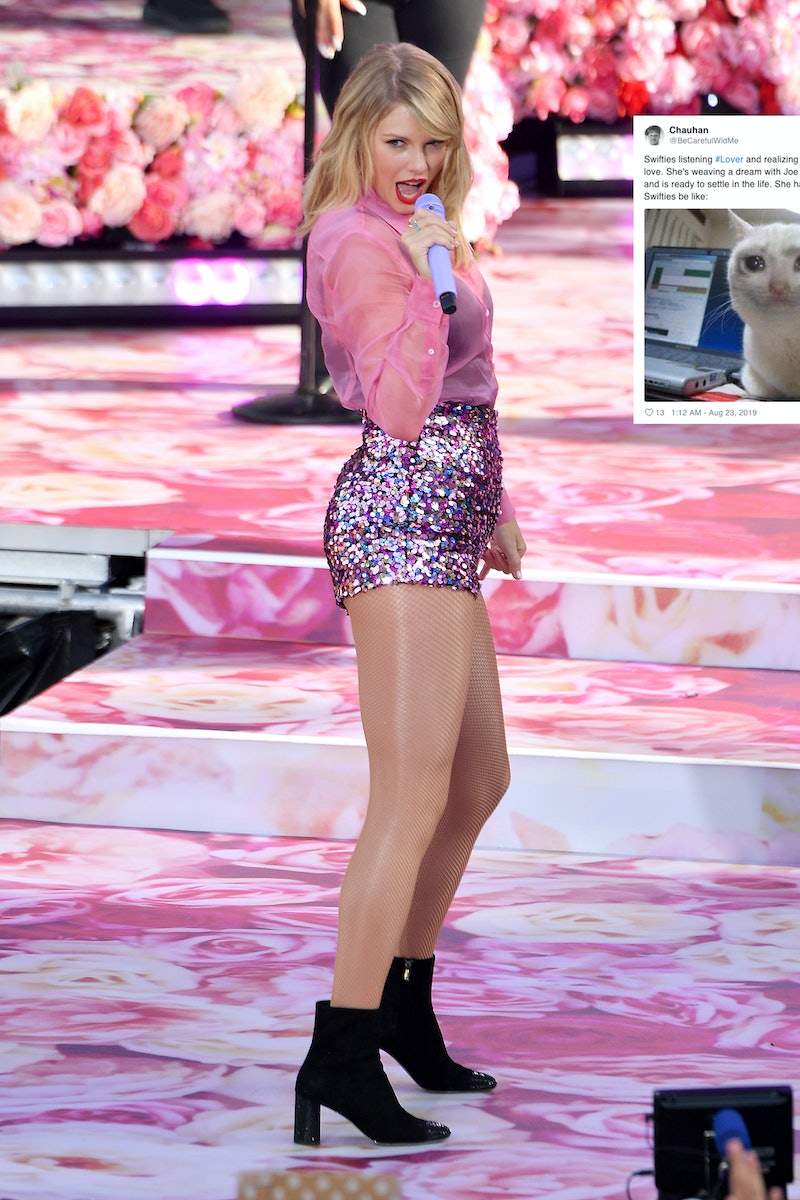 Taylor Swift fans have been looking forward to the Lover release date for a very long time, and the album did not disappoint. There are already a lot of memes and tweets about Swift's new album Lover. Swifties cannot help getting all sorts of emotional in response to her latest songs. Many have big smiles. Others cannot hold back their tears of joy. Some devoted fans already have some lyrics memorized. Overall, everyone seems very impressed and super excited.

And sometimes the best way to share such intense feelings isn't even with words and that's where the memes come in. As soon as the clock struck midnight, Swifties could not help sharing their emotional responses as they listened to each new track.

Her second single from the album was "You Need To Calm Down," but that's the last thing her fans are capable right now. Swift's fans are always there to support her endeavors, but it's fair to say that the excitement is at an all time high. No one is calm — at all.

And that's not going to be the case for a while. Soon enough, Swift will go back on tour and there will be even more memes.

Fans Counted Down Until The Release

That last minute before the album release was a long one for the superfans.

This photo is a very relatable one for the diehard Swifties.

They're Happy To See Swift So Happy

The happiness of Lover is a stark departure from the tone of Reputation. Although fans love both albums, they are just so happy to know that their favorite singer is happily in love and living her best life.

This Michelle Obama video was not actually about Swift, but it might as well be. Her words embody how many fans have been feeling.

She Is In Love

Swift is happy in love and her fans could not be overjoyed. They're already wondering if a wedding is in the near future.

Lover Is An Instant Classic To Fans

They'll be listening to this album for many years to come.

Swifties Are Making A Night Out Of The Album Release

Devoted fans are not going to let an early morning stop them from listening to Lover all night long.

The Rough Morning Will Be Worth It

The work day may be tough, but the fatigue is NBD to Swifties.

This screenshot of #DrunkTaylor is the embodiment of how some fans might feel the morning after the album release.

The Commute To Work Just Got A Little Bit Easier

Listening to Lover throughout the night isn't enough for the fans. It is also the perfect soundtrack to get ready for work and to get through a long commute to the office.

There Are No Words

Aug. 23 was a life-changing day for the fandom.

This is only the beginning. The album hasn't even been out for a day and there are already so many memes. The best is yet to come.