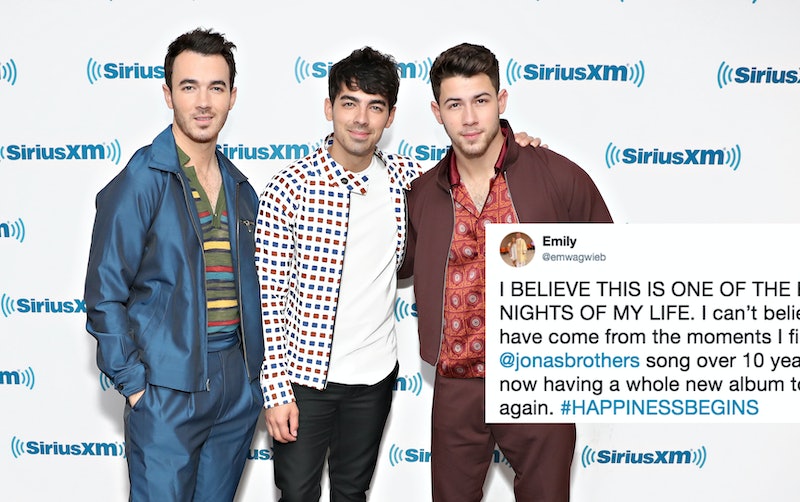 The Jonas Brothers were a pop-rock, Disney-approved phenomenon when they hit the music scene in 2005. But as they recently reflected on to Harper's Bazaar, they split on rather bad terms in 2013. (Joe even compared it to the dog in the burning house meme.) So the brothers' epic reunion in 2019 has been particularly satisfying. Fans of the group might have been teased over the years for loving the JoBros, but the reaction to Happiness Begins proves that the doubters and the wait were all worth it. Because on their new album, the Jonas Brothers have recaptured the magic that made fans falls in love with them in the first place.