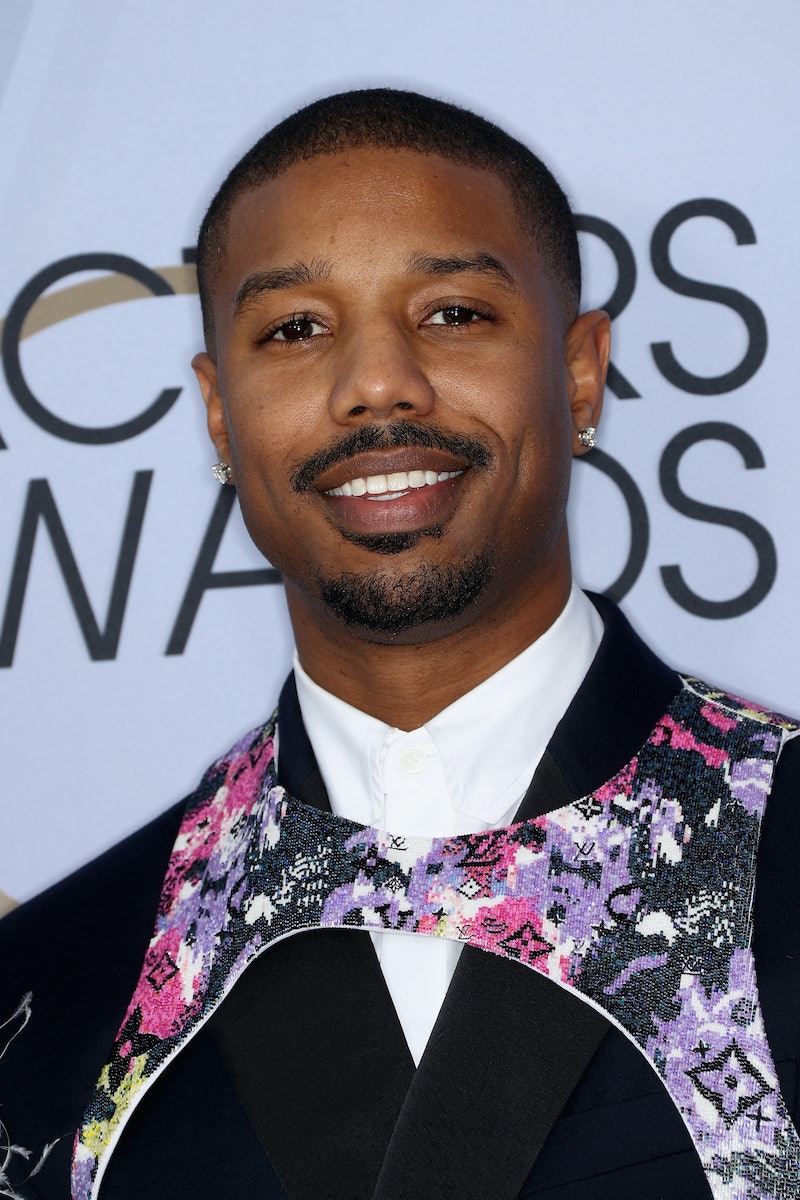 On Tuesday, February 5, Michael B. Jordan announced that his production company, Outlier Society, would be joining forces with Amazon Studios for a TV series deal. Not only is the merger a great moment for diversity as it will bring a Black-owned production studio to the conglomerate's streaming platform, but it will also do its part in solidifying Jordan's promise to use inclusion riders through the projects he's associated with during the collaboration.

In March 2018, Jordan became part of the inclusion rider movement with his pledge to adopt the use of the contracts for all works produced by his company. Taking to Twitter to share his stance during that time, Jordan shared, "In support of the women & men who are leading this fight, I will be adopting the Inclusion Rider." Although it is not immediately known what Jordan's specific rider requirements will consist of, an Instagram post shared by the Black Panther star last year explained his intent to create projects for both women and people of color. In the caption, he wrote,

“I’ve been privileged to work with powerful woman & persons of color throughout my career, and it’s Outlier’s mission to continue to create for talented individuals going forward."

Jordan recently gushed about his new partnership with Amazon in a statement shared by Deadline, calling it "an exciting moment for Outlier Society."

He explained in the statement to Deadline:

"On behalf of myself and President of Production, Alana Mayo, we are thrilled to be entering into this partnership with Amazon Studios. In just a few short years they have become home to some of television’s most groundbreaking series and an extraordinary place for talent to create, with a cutting-edge business model that speaks to today’s audiences. Alongside the expert leadership at Amazon Studios, we can’t wait to unveil the fruits of this union.”

Although the term "inclusion rider" has become more of a familiar colloquialism in Hollywood following Frances McDormand's speech about inclusion at the 2018 Oscars, the push for their usage was actually started by the director of USC Annenberg’s Media, Diversity & Social Change Initiatives, Stacy L. Smith, Ph.D. in 2014, according to Vulture. In a 2014 guest column for The Hollywood Reporter, Smith proposed the idea of using an "equity rider" to increase the number of speaking roles for women in film.

In her proposition, she shared:

"What if A-list actors amended every contract with an equity rider? The clause would state that tertiary speaking characters should match the gender distribution of the setting for the film, as long as it’s sensible for the plot. If notable actors working across 25 top films in 2013 had made this change to their contracts, the proportion of balanced films (about half-female) would have jumped from 16 percent to 41 percent."

Smith went on to write that although it "wouldn’t necessarily mean more lead roles for females," the use of equity riders "would create a diverse onscreen demography reflecting a population comprised of 50 percent women and girls."

It should be noted that riders of this nature do not only pertain to gender. NPR describes the phrase "inclusion rider" as "a clause that actors have included into their contracts, which would require a certain level of racial and/or gender diversity within a movie productions' cast and crew."

McDormand's Oscars plea, which saw her requesting every female nominee in the room to stand as she concluded "I have two words to leave with you tonight. Ladies and gentlemen: inclusion rider" received the recognition of many celebrities who quickly began pledging their support. Brie Larson, Elizabeth Banks, Ashley Judd and others took to Twitter to announce their backing. Filmmakers Matt Damon, Ben Affleck, and Paul Feig, along with the talent agency William Morris Endeavor have also made commitments to inclusion policies, according to The Guardian. Queer Eye for the Straight Guy star Karamo Brown has also been a longtime proponent, implementing the strategy into his contracts as well, telling A&U in February 2018, "I make sure that in my contract they must hire two to three gay African Americans to be on crew. I’ve done that now on the past three shows that I’ve been on and that’s important for me.”

Back in September 2018, The Guardian noted that Warner Bros., along with its sister companies HBO and Turner, became the first major Hollywood studio to adopt the company-wide policy of inclusion riders which will begin with its partnership with Outlier. The companies will team up to bring forth Just Mercy, a film that will both star and be produced by Jordan.

Jordan's commitment to creating projects that will be more inclusive is certainly going to play a major role in bringing about a much-needed change both in front and behind-the-scenes in Hollywood.