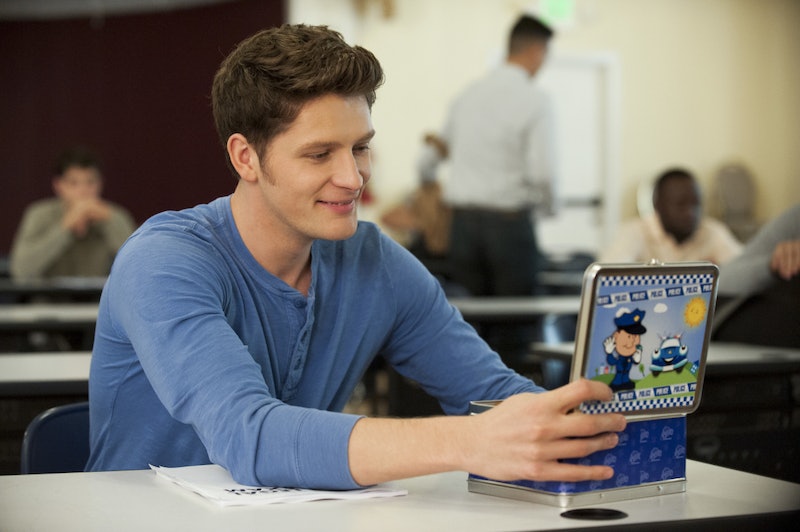 Major spoilers for Jane the Virgin follow. Whenever characters seem too happy on television shows, the viewers always know that something horrible is about to happen. Yet, there was nothing that could prepare fans for the fact that Michael died on Jane the Virgin. While it would have been somewhat expected for Michael to die during the Season 3 premiere, it was completely shocking that the series killed him off on Feb. 6 during "Chapter 54." Yes, the show opened up with a story of Michael's childhood (rather than Jane's), but this was a majorly cruel twist for Jane the Virgin and it was made all the more heartbreaking by the performances given by Michael actor Brett Dier and Jane actress Gina Rodriguez.

Back in Season 1, Jane the Virgin's fairly reliable narrator said about Michael, "For as long as Michael lived, until he drew his very last breath, he never did" about Michael loving Jane. At the time, it was incredibly ominous and a hint that Michael's fate was not secure, but it was understandable if all of his domestic bliss with Jane in Season 3 made you forget about that statement. And while "Chapter 54" certainly built toward a devastating end for Michael, his death still feels like a dream. After watching, if you're searching for any sort of hope that Michael isn't officially dead since it all seems too unreal, I'm here to say that showrunner Jennie Urman confirmed that Jane's love is truly dead. Excuse me while I sob into my keyboard for a moment.

Currently, I'm too depressed about Michael to think about much else, but it must be noted that the way Jane the Virgin killed off Michael is kind of what makes this show so magnificent. While the series is a telenovela and needs drama to survive, having Michael die in a midseason episode with not too much build up was not only so surprising for a TV show, but also so true to real life. Jane howling hysterically at the news was all of us watching because fans were nearly as surprised as his wife that he passed away suddenly after taking the LSAT from heart failure due to complications from his gunshot wound.

To end on a slightly less depressing note, the episode jumped three years in the future to show Jane with Mateo. As she became sentimental looking at the framed photo booth photos of Michael and her, she was not shown to be wearing a wedding ring. She was headed to a wedding with Mateo though, so Jane's future is unclear. Although Team Rafael's dreams could eventually come true, I think it's safe to say that all Jane the Virgin fans are in mourning right now. Just like Jane's and Michael's hearts glowed for one another in "Chapter 54," the hearts of Jane the Virgin fans will also glow for Michael forever.