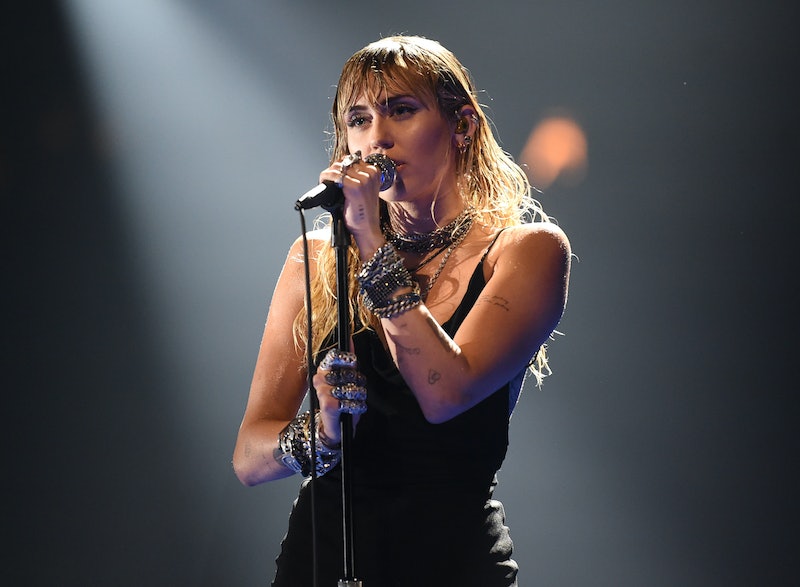 One pop star recognizes the existence of the holiday blues. Miley Cyrus’ message for people who feel lonely during the holiday season calls for hope and peace. On her social media accounts on Saturday, Cyrus shared audio for her previously released holiday song, “My Sad Christmas Song.” The track takes on the melancholia and loneliness that Christmastime can often evoke. In a lengthy Instagram caption, Cyrus called on her fans to recognize that they are “completely made of magic” despite any feelings of despair they may possess this season.

“A sad Christmas song I wrote a few years back right before the holidays,” Cyrus wrote alongside an audio of the song. “Was feeling like sh*t cause I couldn’t be with the one I loved. Even with a house full of family and friends, I still felt alone.” The “Wrecking Ball” singer then called on those who find these feelings relatable to “just know YOU ARE COMPLETELY MADE OF MAGIC!”

She wrote, “You are as special as a snowflake, beautifully unique and I hope inside your soul feels light, hope, peace, and joy knowing how singularly amazing YOU are! Love always wins!” Cyrus first released “My Sad Christmas Song” in 2015. The melancholic track features lyrics such as, “Why’d I even put up that f*cking tree?” and “this year feels kind of lame.”

In her caption, Cyrus also revealed the song was recorded in her garage studio in Los Angeles and written during her drive from Malibu. The ballad reflects this bout of loneliness that occurred via her commute, too. She sings in the song, “This is my sad Christmas song, I've had it stuck in my head all day long, I wrote it in the car on my ride home, 'Cause I knew I'd walk in the door and I'd be alone.”

As for the mystery person she loved but “couldn’t be with,” the timeline points to Cyrus’ ex-husband Liam Hemsworth. The two met in 2009 on the set of the romance film The Last Song. After years of an on-and-off relationship, the couple reconciled in January 2016, a month after the release of “My Sad Christmas Song,” and Cyrus had been spotted with her engagement ring once again. The two finally wed in December 2018, but split eight months later in August. Cyrus has since been dating singer Cody Simpson, while Hemsworth has been linked to model Gabriella Brooks.

Listen to Cyrus' "My Sad Christmas Song" above.