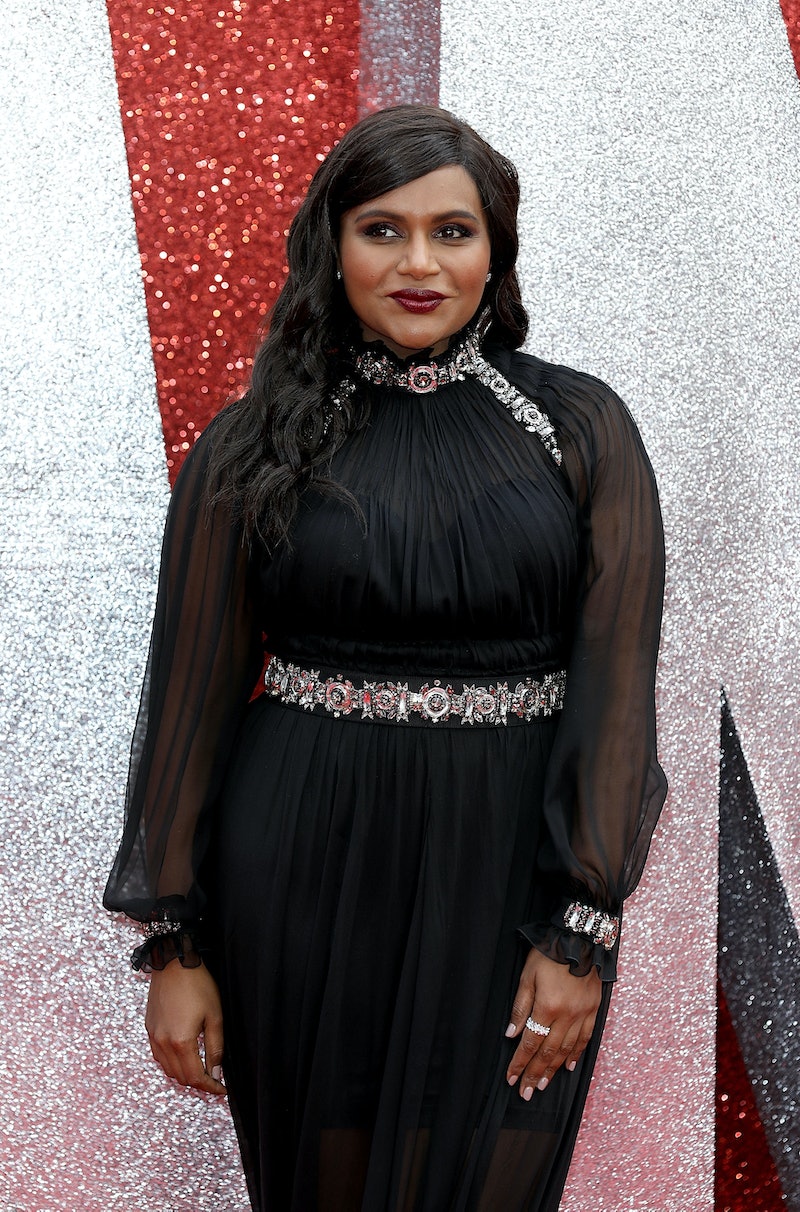 Let's face it, April Fools' Day is the worst. Down is up, all of your favorite shows fake reboots, and your co-worker probably put your stapler in Jell-O (thanks so much, Office Space). But not all April Fools' jokes are terrible. Case in point: Mindy Kaling going blonde in a new Instagram post that's part prank, part fashion statement that she could totally pull off for real if she wanted to. Basically, Kaling looks amazing as a blonde. She looks amazing all the time anyway, but if she ever decides to dye her hair for real, there's no denying that she'll rock those golden locks.

On Monday, April 1, Kaling posted a photo of herself with wavy blonde hair that's almost definitely not real. She captioned the post, "Haters will say it's photoshop… #AprilFoolsDay." But if you take a quick look at the comments, her fans are here for the stylish hair color swap. Model Tess Holliday wrote, "Ummmm ok do it tho." Beyoncé's hair stylist Neal Farinah added, "I LOVE U WITH SOME BLOND."

This isn't the first time the actor has tested out a new style. In 2015, she added a few blonde highlights to her dark hair. At the time she explained to E! News, "I sort of felt like blond hair should just not be for Caucasian women. I don't know, I kind of just wanted to do it!"

Her 2015 look was also amazing. At this point, fans should know that Kaling is a style icon, in addition to being an amazing actor, writer, and all-around human being. Part of what makes her so glam is that she's not afraid to be influenced by the looks of women she admires. In the same E! News interview she revealed the famous inspiration behind her semi-blonde tresses. "Rihanna has been rocking blond hair on and off for a long time," she said. "I really like how it looks on her." And it looks like it would be equally cool on Kaling if she ever decides to go all in.

The only drawback if Kaling decides to dye her hair? She wouldn't be 100 percent twinning with her 15-month-old daughter Katherine anymore. On Sunday, March 31, the actor shared a photo of her and her little one sporting matching pajamas (covered in vegetable print!) and generally being adorable. The caption on her Instagram read, "A lazy Sunday with my little."

No matter what Kaling's future hairstyles bring, everyone should be grateful to have such a wonderful celebrity fashionista to admire. On a day devoted to pranking, she skipped over potentially mean-spirited jokes or predictable gotcha posts, and instead shared a photo of herself trying out a new hair color. It's downright refreshing to see an April Fools' Day post that's not groan-worthy, but rather a fun bit of style inspo for anyone considering a major change to their trademark look.

Blonde or not, Kaling's always the style queen of our hearts. And now she's the April Fools' Day queen, too.