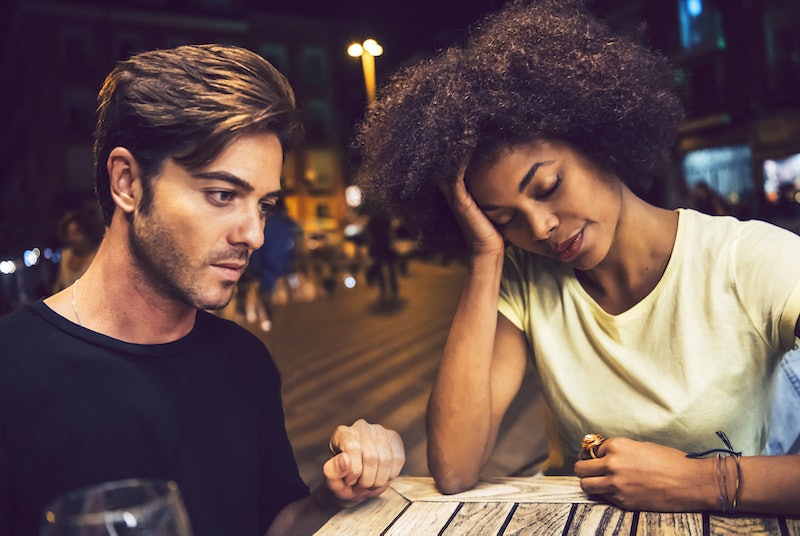 There are lots of different struggles relationships can face and a lot of methods to cope with relationship stress, but one issue seems to come up over and over again. According to a new survey of 5,000 people by UK couples counseling centers Relate, Relationships Scotland, and Marriage Care, there is one topic that stresses couples out more than any other — and that's money. Over one-quarter of respondents said that it was their main source of relationship stress. But still, I find that it's one of the topics my friends are the least comfortable speaking about with their partners.

"Talking about money can also be a challenge because it’s symbolic of so much more," Alexa von Tobel, founder and CEO of LearnVest and author of the New York Times Bestseller, Financially Fearless, tells Bustle. "Rather than just being about dollars and cents, an honest money chat is a much more intimate reveal of beliefs and values, expressed through how you spend. The discussion can and should eventually lead to your biggest dreams, hopes, and fears, so young couples can feel vulnerable when discussing those topics with each other —especially if it’s the first time they’ve broached them in a romantic relationship."

Talking about finances is so important, but it's only the first step toward managing money in a long-term relationship. Here's how to tackle it together: