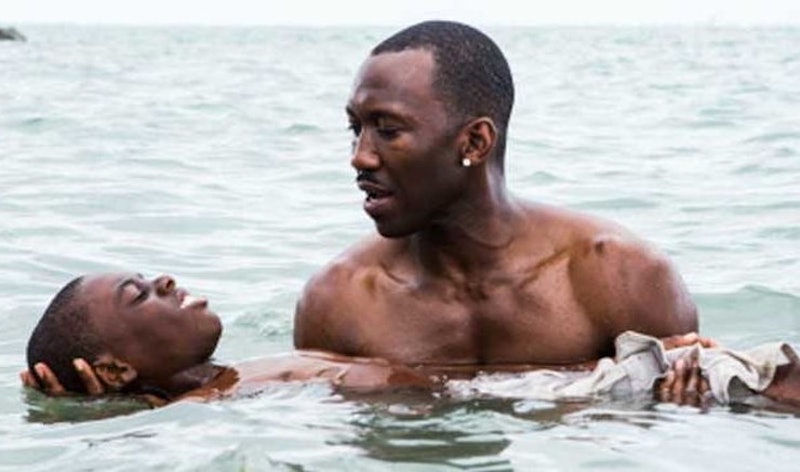 Not to dismiss the other Oscar categories, but none hold quite the same level of anticipation as Best Picture. It's the one trophy that really celebrates the whole team that brings a movie to life — from the cast, to the writers, to the director, and all the others behind the scenes. After predictions galore and an on-stage blunder, Moonlight won Best Picture at the 2017 Oscars. It's undeniably a well-deserved honor for the film. However, to call the moment a surprise would be an understatement, and that's because of what unfolded on the Oscars stage moments before.

Before Moonlight received their trophy, there was quite a mix-up. La La Land was first mistakenly declared the winner, and the cast even took the stage. However, things were quickly cleared up, albeit in a confusing process that even seemingly shocked the winners. It was announced, "This is not a joke, Moonlight has won best picture." You can watch — and read the card — for yourself in the video below.

Prior to the ceremony, all eyes were on La La Land. Not only had the Ryan Gosling and Emma Stone-starring film won the Golden Globe for Best Picture— Comedy or Musical, but it was also the most tweeted about movie prior to the ceremony. That's why, when the movie was first announced as the winner, it didn't entirely seem surprising.

However, despite the hype, the Academy selected Moonlight, and honestly, it's nice to see another film get that acknowledgement — especially when the movie couldn't be more deserving. What fun are award shows when they're way too predictable? This one was definitely anything but.

Editor's Note: An earlier version of this story stated that La La Land won Best Picture. This was prior to the on-stage announcement that the wrong title had been read.