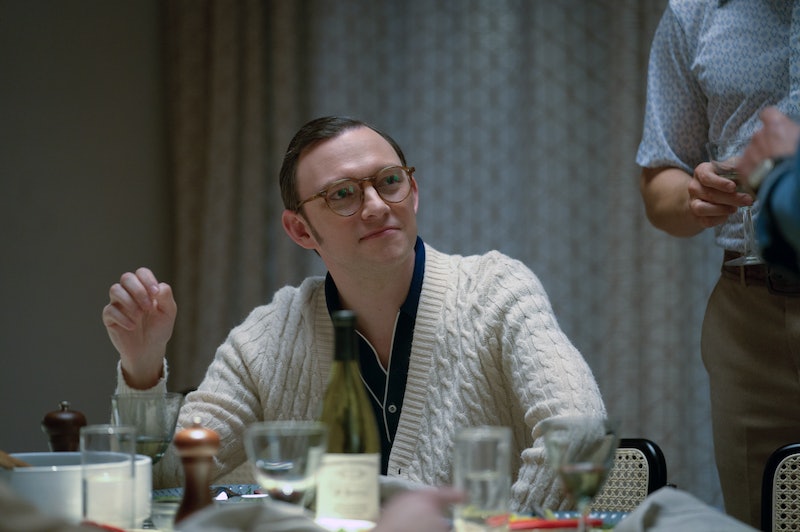 Gwen Verdon and Bob Fosse's social circle on Fosse/Verdon is a who's who of the 1960s and 1970s Broadway scene. And one relationship casual fans might be surprised by is Fosse's friendship with Neil Simon. The two worked professionally on both the 1966 Broadway musical and 1969 movie adaptation of Sweet Charity, but their relationship went deeper than that. The beloved playwright and screenwriter of works like Barefoot in the Park, The Odd Couple, The Goodbye Girl, and Biloxi Blues died less than a year ago in August 2018, so he's not alive to reflect on the portrayal of their friendship. And while both Fosse and Simon will be remembered for their tremendous bodies of work, it's heartening to know these two talented men were friends.

Gwen Verdon's relationship with Neil Simon's first wife Joan Baim Simon has been well-documented on Fosse/Verdon. But their husbands also shared a bond. Nate Corddry, who has joined his fellow actor brother Rob Corddry in projects like The Daily Show and Children's Hospital, portrays Simon in Fosse/Verdon. In an interview with the Massachusetts-based newspaper The Patriot Ledger, Corddry explained how he learned a lot about Simon's relationship to Fosse while researching the real-life playwright.

"Their friendship was so great. Bob was so big and a bit out of control," Corddry said. "I think they liked each other because they balanced each other out ... Bob Fosse was [the] first person he sent The Odd Couple to, and Bob told him that it was the funniest play he's ever read ... They were each other's supporters and advocates."

But Simon wasn't just friends with Fosse — he also had a relationship with Verdon since the two couples were neighbors. "They lived in the same building in New York, and they just adored each other, specifically Neil and Gwen," Corddry said. "She loved Neil because he was sort-of an anti-Bob character. Bob was larger than life. Bob was a player. He was an operator. He was an addict. Neil was none of those things. Neil was brilliant, erudite, sweet. He was not chasing women. He wasn't taking pills. He was solid. There was a real groundedness to Neil that Gwen admired and respected."

However, not everything always went swimmingly for this friend group. In the Fosse biography, which Fosse/Verdon is based on, author Sam Wasson noted how Simon and Fosse had a disagreement about the ending of Sweet Charity. That project wasn't their only collaboration though. As The New York Times mentioned in Simon's obituary, he wrote the 1962 musical Little Me, which Fosse co-directed and choreographed. In Simon's Rewrites: A Memoir from 1998, he said that one of the reasons he wrote Little Me was for the chance to work with Fosse. "I knew Bob socially but would have given anything to work with him," Simon wrote. "With the exception of Jerome Robbins, for my money Fosse was the best choreographer who ever worked in the theater."

Simon also recollected in his memoir how he was reluctant to do rewrites on Sweet Charity, but how Fosse flew to Rome and performed the numbers that Verdon and the other dancers would do in the show for him and his wife Joan. It's clear in his memoirs that Simon admired Fosse's determination, so any arguments surrounding their work didn't seem to have any significant impact on their friendship.

In the Fosse biography, Wasson includes accounts of Simon fondly remembering how Fosse would cheat during games of croquet in the Hamptons. The pair, born only 11 days apart from one another, would also frequently joke about their age. "I always look up to you, Bob, and want to be just like you when I get to be your age," the younger Simon would reportedly say.

So besides being neighbors, collaborators, and extremely skilled artists in their own fields, the pair of Fosse and Simon were also true friends — often accompanied by their fellow bud Paddy Chayefsky. And with Fosse's rotating list of women, it's nice to know that he at least had some stable friendships.