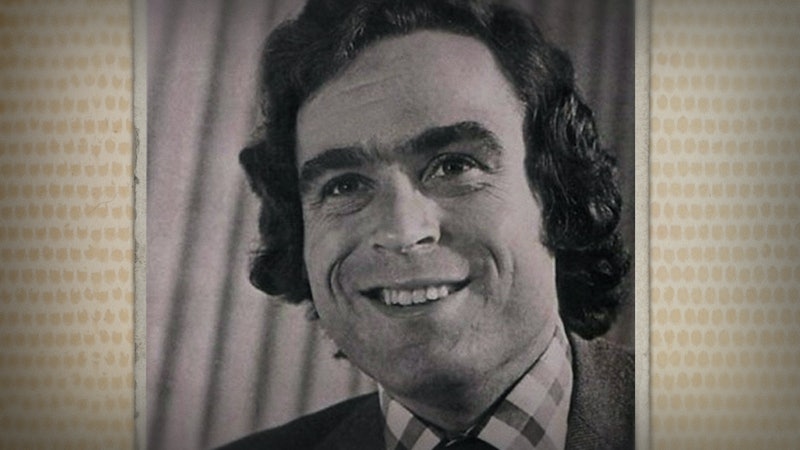 Not long after Netflix viewers everywhere became obsessed with the thriller You, the streaming service has found yet another creepy anti-hero to warn fans against on social media. In a move reminiscent of the Lifetime-now-Netflix series' star Penn Badgley, Netflix chastised Twitter users who called serial killer Ted Bundy "hot" after watching The Ted Bundy Tapes.

The notorious serial killer — who confessed to kidnapping, raping, and murdering at least 30 women in the 1970s — is the subject of a brand new true crime documentary on Netflix, Conversations With A Killer: The Ted Bundy Tapes, that features never-before-heard audio from Bundy recorded during an interview conducted while he was on death row. And, while discussing the murder and his horrific crimes, many of the people interviewed in the documentary have remarked on his alleged good looks and charm, which is often credited with helping him evade capture for so long. "He just doesn't look like the type to kill somebody," one woman says in footage from Bundy's trial, which is featured in the trailer for The Ted Bundy Tapes.

With the interest in Bundy's crimes re-ignited by the Netflix documentary — as well as the trailer for Zac Efron's upcoming film about the killer, Extremely Wicked, Shockingly Evil & Vile dropping last week — it seems as if plenty of people have decided to share their thirst for Bundy on social media. In response, Netflix decided to shut down that desire by reminding followers of the official @netflix account that Bundy was a notorious serial murderer. They tweeted out the following on Monday, Jan. 28:

"I've seen a lot of talk about Ted Bundy's alleged hotness and would like to gently remind everyone that there are literally THOUSANDS of hot men on the service — almost all of whom are not convicted serial murders."

Netflix's tweets come just a few weeks after Penn Badgley went viral for responding to fans who felt that the stalking, murderous character that he played in You was attractive. After one fan wrote on Jan. 9, "The amount of people romanticizing @PennBadgley’s character in YOU scares me," the former Gossip Girl actor responded in agreement, writing, "Ditto. It will be all the motivation I need for season 2," which will move to Netflix.

Later, when one social media user tweeted, "Said this already but @PennBadgley is breaking my heart once again as Joe. What is it about him?" Badgley fired back with a potential spoiler. "A: He is a murderer," he wrote.

"I hadn’t thought about [tweeting fans], and when I did it I wasn’t thinking about it as a strategic move," Badgley told The New York Times after his tweets made headlines. "I didn’t intend for it to go viral in this way; the whole point is for us to have an elevated conversation about the themes of this show."

"What I ended up doing after a few of those tweets went viral was follow some of the users I quote-tweeted, and DMed them just to check in," he continued. "So I actually had a lengthy conversation over DMs with one woman, and she correctly pointed out that I had sort of misinterpreted what she said. She was talking about why she was so charmed by me, the actor, rather than by the character of Joe."

Though social media users' romanticization of Bundy reflects the off-putting reaction that many audiences had to Badgley and You, it also makes sense, considering Bundy's determination to use the veneer of "normalcy" in order to hid his horrifying secrets. In a recent interview with TMZ, Kathy Kleiner Rubin — who survived an attack from Bundy when she was a 20-year-old college student in 1978 — explained that the killer wanted people to think he was harmless in order to get away with his crimes.

"I think the movie does glorify him more than I think he should be," Kleiner Rubin told the outlet after watching a trailer for Extremely Wicked, Shockingly Evil & Vile. "But like I said, I think everyone should see it and understand him as what he was even when he was the 'perfect son.'" And though she cautioned against glorifying him, Kleiner Rubin did admit that in order to accurately portray Bundy, his charisma needs to be acknowledged.

"When they do say positive and wonderful things about him — that's what they saw, that's what Bundy wanted you to see, so it was picked up as that," Kleiner Rubin told TMZ.

Though it might seem scary to discover that people on the Internet seem to think that these toxic and terrifying men are attractive, at the very least, the reaction to The Ted Bundy Tapes and You have started an important conversation about toxic masculinity and dangerous male behavior. Now, let's all stop romanticizing murders, okay?

More like this
Anthony Templet Wants To “Live Normally” After Killing His Father
By Brad Witter
Where Is Charlie Evens Now?
By Morgan Leigh Davies
What's New On Netflix: A Third '365 Days' Movie & Lili Reinhart’s New Film
By Arya Roshanian
'Stranger Things' Season 5 Will Echo Season 1 In A Key Way, The Duffer Brothers Confirm
By Kadin Burnett and Sophie McEvoy
Get Even More From Bustle — Sign Up For The Newsletter