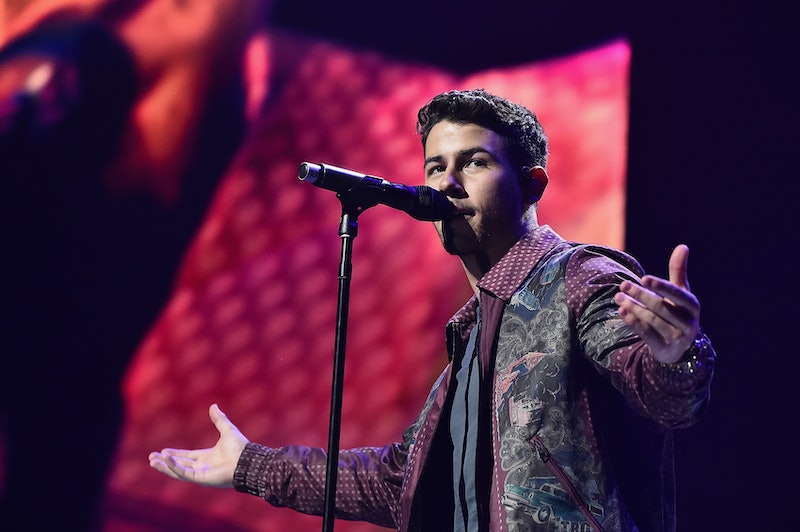 He’s slippin’ into the “Shallow,” and he's trying to keep from keeping it so hardcore. Pop singer and JONAS star Nick Jonas covered “Shallow” for all of the internet to see and hear, and the stripped-down tribute to the A Star Is Born song will send your ears right to the deep end (yes, in this particular case, that is a good thing). A few days before Sunday's award show, the former boy bander shared his version of Lady Gaga and Bradley Cooper’s Academy Award-nominated song on Instagram Stories and his IG grid on Thursday. Stars: They are amped to watch Ally and Jackson Maine perform at the Oscars this weekend just like us!

"In honor of Oscar weekend,” wrote Jonas. “Such a beautiful song.” He ended the caption with a music notes emoji, a videocamera emoji, and a shoutout to Priyanka Chopra. The camera emoji followed by Chopra's IG username suggests the Isn't It Romantic actor was the person who recorded this moment (thanks, Instagram Caption Literacy 101!), but for all I know, that camera emoji could actually be Jonas's way of saying "Hollywood's biggest night is almost here! There's nothing like the magic of the cinema! I love movies!", and maybe he tagged Chopra because she's a fan of this song and he wanted to surprise her with the video? Whatever the case, I am on board.

Not unlike Gaga at the Grammys, the Jonas Brother sings this iconic duet all by himself; Chopra does not chime in at any point. While I would not be mad if Jonas's extremely talented wife were to sidle up next to him and give us her finest “HAAAAA AH AH AH AHHHHH" (frankly, I would be the opposite of mad! I would be very here for a Jonas and Chopra cover of "Shallow"! if anything, I am a little mad a Jonas and Chopra cover of "Shallow" did not happen!), Jonas does a mighty fine job with the solo version of the track.

The former Disney Channel star sounds incredible, because of course he sounds incredible. This duded always sounds incredible. Whether he is crooning a ballad about using a chainsaw to destroy a couch that holds too many memories, or singing a buoyant tune about the video game-esque levels to love, Jonas's voice is like a songbird that swaddled itself in silk after climbing out of a bathtub full of honey. To quote the comment Chopra left on her husband's IG post, "Ummmm. U always take my breath away."