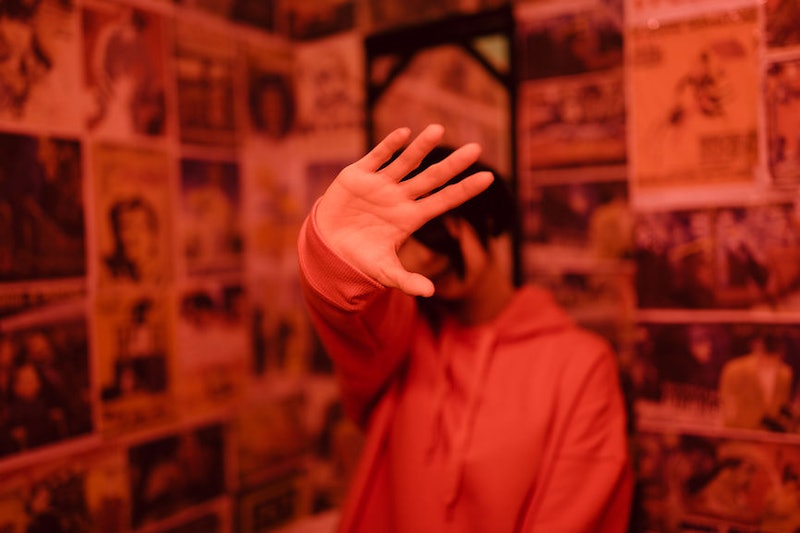 Consent seems to be a bit of a buzzword at the moment. The #MeToo movement's sudden gain in momentum over the past couple of years has helped blow the conversation about how an enthusiastic yes should be the standard for all sexual encounters wide open. And it would seem that with changes to school sex and health education, improved understanding of consent is in sight. However, a new study suggests there is still a long way to go. According to the data, only a quarter of students who experience unwanted sexual behaviour report it.

The study, which was created by sexual health charity Brook and conducted by Absolute Research, asked 5,649 students about their understanding and experiences of consent. The results show that 49 percent of female respondents reported being touched inappropriately but only five percent reported it either to staff at their university or the police.

It also found that some students didn’t realise you can't fully consent if someone is drunk and others said they did not know that consent needed to be given every time you have sex, even if you have had sex with that person before. This begs the question that, with the government moving to improving sex and health education in primary and secondary schools, is there something universities can do to improve their students’ knowledge about consent?

Furthermore, of all the students who had experienced unwanted sexual attention only eight percent had reported it. This paints a really bleak picture of the state of sexual misconduct going on in universities but I know if I asked any of my friends they would have a similar story to tell. I know I have my own.

However more reassuringly, the study found that 90 percent of the students questioned said they felt confident to say “no” to unwanted sexual advances. But, of all the people who said they didn’t feel comfortable saying “no”, half said it was because they were worried it would lead to violence. Just over half of the students asked (52 percent) knew that it is not possible for someone to give consent when they are drunk and 18 percent said they didn’t know this.

The results suggest the issue is often something students are experiencing at university, as 53 percent of respondents who said they had experienced harassment or violence said it was by another student and 30 percent of incidents took place on campus.

Using words like sexual assault, harassment, and rape can feel scary. It could be argued that in some cases people downplay their experiences because they doesn’t seem “big” enough to be classed as sexual assault, or the perpetrator may be a friend, so making such big accusations can seem daunting. The survey found that while 56 percent of students said they have experienced unwanted sexual behaviour only 15 percent recognised that it constitutes sexual harassment.

Brook's chief executive Helen Marshall told the BBC, "we are failing our young people if they don't know the law protects them from the unwanted behaviours they are experiencing."

The government are currently working on a new sex and health curriculum which will teach primary and secondary school children about consent, abuse, and self-care. While it's great that conversations around consent are being started in classrooms, it seems there is a real need for education on university campuses too. The study found that only half of the students questioned had received education on consent, and only a third had harassment education.

Speaking about harassment on university campuses the co-chair of Rape Crisis England and Wales, Dianne Whitfield said, “this must signal the end to patchy support for student survivors of sexual assault.”

That conversations on consent are increasingly becoming normalised is important progress. However, studies like this suggest sexual misconduct is still a major issue on university campuses.