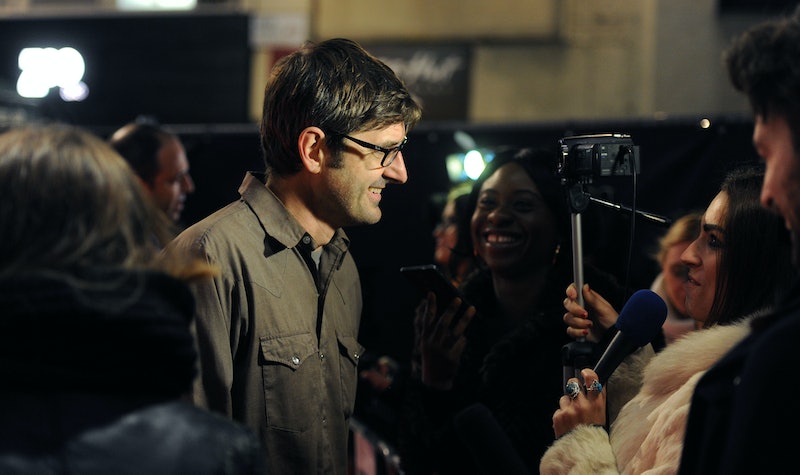 Louis Theroux is a film-making legend. Whether he is being blindfolded and fed at a sensual eating party or attending a BBQ with a group of self-confessed Nazis, the documentarian leaves no stone unturned. Theroux's not afraid of difficult subjects, having covered eating disorders, assisted dying, and the sex industry, to name a few. As if he didn’t give us enough premium content back in 2018 with the series Altered States, he is back with something new. But when does Louis Theroux’s The Night In Question start? This time, he'll be taking on the debate surrounding sexual consent in a documentary that Digital Spy says “could become his most controversial yet.”

I reached out to a representative at the BBC to find out when The Night In Question will air. They told me that they can't confirm an exact date but the documentary will be coming "later this year."

The documentary will focus on sexual consent in American university campuses, after recent research revealed that sexual assaults have become a major problem in many American colleges. Corey Rayburn Yung, a law professor at the University of Kansas, has researched the issue, and said in a statement:

"When it comes to sexual assault and rape, the norm for universities and colleges is to downplay the situation and the numbers ... The result is students at many universities continue to be attacked and victimised, and punishment isn't meted out to the rapists and sexual assaulters."

Digital Spy reports that, for The Night in Question, Theroux will speak with survivors of assault who believe that "stringent guidelines meant to protect students from being assaulted" are "much-needed on campuses," as well as alleged perpetrators "who feel their reputations have been tarnished by overreactions."

In the era of #MeToo, this documentary feels more essential than ever. In 2018, a report from Revolt Sexual Assault and The Student Room revealed that of the 4,491 students who participated in their study from 153 UK institutions, 62 percent had experienced sexual violence. Eight percent of female respondents said they had been raped during their time at university. Shockingly, this statistic is double the amount that the Office of National Statistics estimates, as Revolt Sexual Assault and The Student Room point out. Of those who had experienced sexual assault or harassment, only six percent reported their experience of sexual violence to the university, and the same number reported it to the police.

Evidently, sexual violence is a massive issue among student populations around the world. If Theroux re-opens the debate for wider discussion, it can only be a good thing. Speaking about his work to Huck Magazine in 2018 Theroux said:

“I’m always quite clear that I’m on location as a journalist. The reason the BBC flies me out is not so that I can change lives; it’s to get the story and tell it in as compelling a way as possible. I’m also aware that you don’t stop being human when you’re trying to do that, it’s just that there’s a slightly different set of priorities.”

While his films may not change lives, they certainly start important conversations. The Night In Question is sure to do that same.