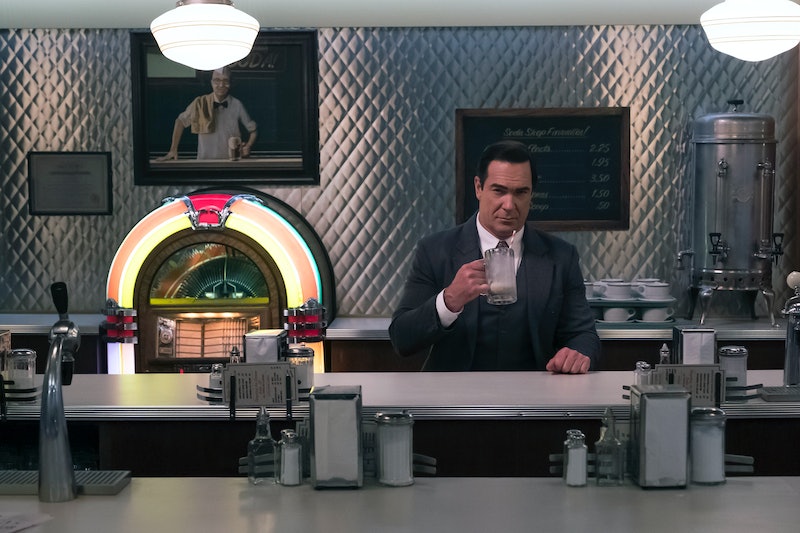 Season 3 of the Netflix adaptation of A Series Of Unfortunate Events marks the end to the sorry tale of the Baudelaires, much to the chagrin of the show's narrator Lemony Snicket, who has spent the past three seasons trying to tell audiences not to watch the show under any circumstances. While the former V.F.D. member may be happy to see ASOUE come to an end, actor Patrick Warburton admits that he knew the series "was terminal to begin with," but that the ending "came faster than [expected.]" Speaking with Bustle before the series' final season dropped on New Year's Day, Warburton spoke fondly of his time playing Lemony Snicket, and celebrated the performance as a symbol of a creative partnership with ASOUE director Barry Sonnenfeld that has lasted over 15 years.

Warburton tells Bustle that Lemony stands out in his repertoire of iconic performances because of an his intellectual prowess, especially considering that over the course of his decades-long career, Warburton has "played a lot of dips**ts," by his own admission.

"There’s a gravity to everything that he says and certainly there’s humor, although Lemony is not an outright [humorous] fellow." Speaking of his other major roles, which were more explicitly comedic, Warburton says that, "The Tick was fantastic, he was clever but insane. Puddy [from Seinfeld] was definitely not the sharpest tool in the shed, as they say. Jeff Bingham on Rules of Engagement is kind of a balance in between. He’s just smart enough to get his ass in trouble."

Snicket however, is brilliant, if not a little obsessed, Warburton jokes. Given all of the "walls of pictures and notes and diagrams and calculations either a serial killer or a superhero" keeps. He's not wrong.

When it came to the opportunity to play Lemony, Warburton places credit at the feet of Sonnenfeld, who also directed Warburton in his first leading live-action television role, 2001's The Tick. "I was his choice and I’d have to say I wouldn’t have been anywhere on a list over at Netflix [without him], I’m not sure I would’ve even been on their radar," Warburton says. "I’ve worked with Barry a number of times and consider myself very blessed [that] a creator like Barry likes working with me as a performer." Other collaborations between the two men include Big Trouble and Men In Black II.

Working in the entertainment industry for multiple decades is no easy feat, and their partnership mirrors one of the key themes of ASOUE: surviving by finding people who can support and care about you. Warburton says the series is "all one fantastic, large tale of perseverance and of survival and the comradeship and the love and the bond between three siblings and how if they work together as a team that no matter what, y’know, horrific things are thrown their way — they’re just survivors."

The final season of ASOUE may be the end for the Baudelaire kids, but it may not be the end of Lemony Snicket. When asked if there's a chance he'd return to the character in the future, Warburton says "I don’t know. It’s not been a discussion, but I certainly wouldn’t be adverse. I’d love it." When I pointed out that Snicket exists in material outside of ASOUE, including the prequel book series All The Wrong Questions, Warburton was taken aback, saying, "This is the first I’ve ever even heard mention of that, ever. Never even considered it ... I'll have to talk to Barry."