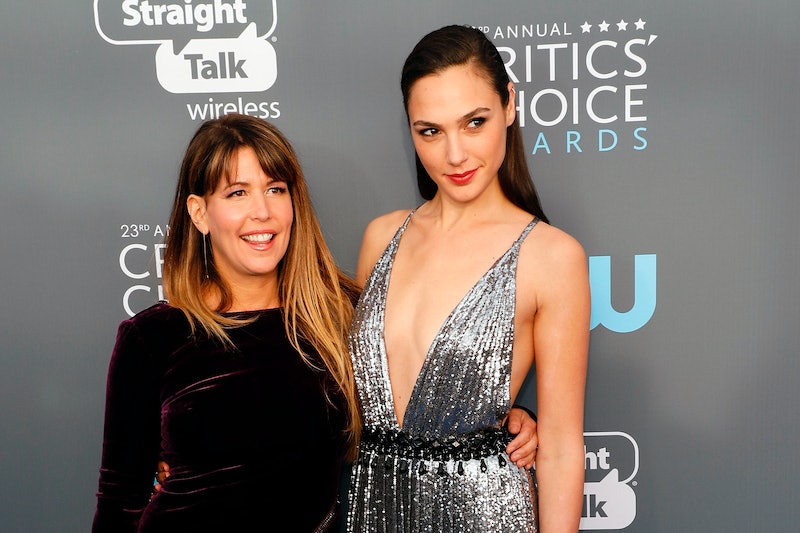 In the snapshot that Jenkins shared, we see Gadot/Wonder Woman/Diana looking over a railing at... something. Instead of Princess Diana of Themyscira's armor, she is wearing a chic bright white drape-y ensemble. “Happy Birthday to my most spectacular, incredible, amazing, beautiful, loving, powerful, hilarious and awe inspiring friend and partner,” Jenkins wrote. “I love you more than words can say. Happy Birthday @GalGadot #WW1984

In addition to being a dress that I would definitely spill coffee all over (what can I say? I definitely lack Diana Prince's coordination), that white ensemble may also be a nod to another era of the Wonder Woman comic book series. As The Hollywood Reporter pointed out, this all-white outfit could be a nod to the all-white mod look that Wonder Woman wore when she lost her powers in the '60s.

Ooh, boy. If she were to lose her powers in Wonder Woman 1984, too? Well, for one thing, Wonder Woman sure would have her cut out for her against Kristen Wiig's Barbara Minerva/Cheetah. That'd be some timing.

TheWonder Woman 1984 sneak peeks that we've been given so far will have to hold us over for a while. The followup to 2017’s Wonder Woman was initially scheduled to hit theaters on Dec. 13, 2019, and then a few months later, the release date was pushed up to Nov. 1 2019. And then, the date was pushed back until next year: On Oct. 2018, Gadot confirmed that Wonder Woman 1984 will be out on June 5, 2020. “Super excited to announce that, thanks to the changing landscape, we are able to put Wonder Woman back to its rightful home,” she tweeted. “June 5, 2020. Be there or be square!!!”