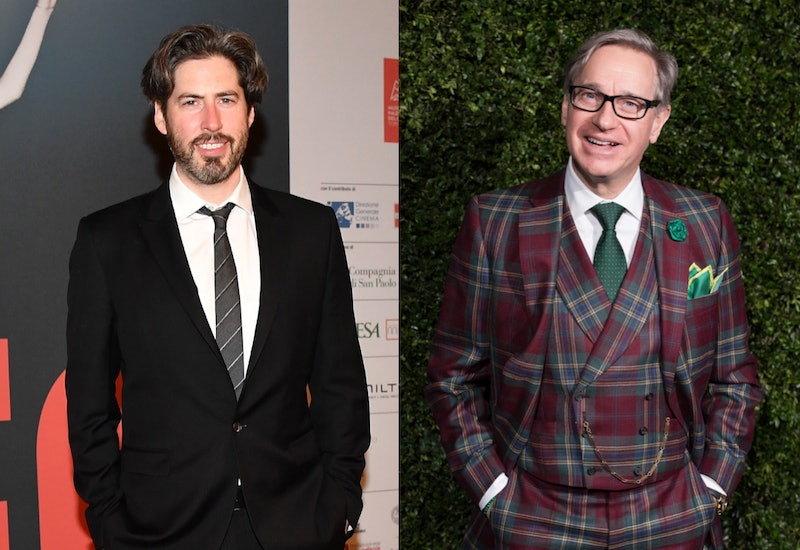 At ease, Ghostbusters fans, for there may be peace for the fandom on the horizon, and it's all thanks to the franchise's most recent directors. On Thursday Feb. 21, Paul Feig tweeted his support for director Jason Reitman after the later apologized for comments he made, about his new Ghostbusters sequel.

During a recent episode of Bill Burr’s Monday Morning Podcast, Reitman, who is moving forward with his own Ghostbusters sequel, explained, “We are in every way trying to go back to original technique and hand the movie back to the fans,” according to IndieWire. Fans like writer Alicia Lutes immediately pushed back, as the comments seemed to suggest that Feig's 2016 Ghostbusters, featuring an all-female main cast, was somehow not for "fans," an attack that was levied against the film as part of a huge sexist backlash at the time.

Reitman later appeared to respond to the backlash, tweeting, "Wo, that came out wrong," on Wednesday, Feb. 20. "I have nothing but admiration for Paul and Leslie and Kate and Melissa and Kristen and the bravery with which they made Ghostbusters 2016," he added. And his clarified comments made their way to Feig, who, in turn, leant his support to this new Ghostbusters sequel. Writing somewhat of an open letter to Reitman on Twitter, Feig referred to himself as a "fan" and shared:

"Jason was a supporter of mine at a time when I couldn’t get movies made. He has always been a true gentleman to me and a supporter of Ghostbusters: Answer the Call. I can’t wait to see his take on the Ghostbusters universe. Big love and respect to you, Jason. Your fan, Paul"

Feig and Reitman's online back and forth comes on the heels of the announcement that the Juno director is co-writing and directing a Ghostbusters film that will serve as a direct sequel to the franchise's two original films released in 1984 and 1989. According to Entertainment Weekly, Reitman's version will be set in the same universe as the 1980s films and will position itself as the follow-up to Ghostbusters 2, which debuted in 1989.

Even before Reitman's recent comments, the very existence of this new Ghostbusters film angered many who felt that his installment was attempting to disregard the Feig-directed reboot, which starred Melissa McCarthy, Kristen Wiig, Leslie Jones, and Kate McKinnon. In fact, the director attempted to curb the backlash when news of his film was first announced by clarifying that this was a sequel to the original Ghostbusters starring Bill Murray and Dan Aykroyd, not a continuation of the 2016 film. “This is the next chapter in the original franchise. It is not a reboot," he told Entertainment Weekly in January. "What happened in the ‘80s happened in the ‘80s, and this is set in the present day."

During his chat with EW, Reitman also voiced his admiration for Feig and his recreation of Ghostbusters, but was clear to add that his forthcoming film would follow the premise of the first two films. He continued:

“I have so much respect for what Paul created with those brilliant actresses, and would love to see more stories from them. However, this new movie will follow the trajectory of the original film."

Despite the controversy, it looks like Feig and Reitman have nothing but respect for one another, and for fans of the franchise.