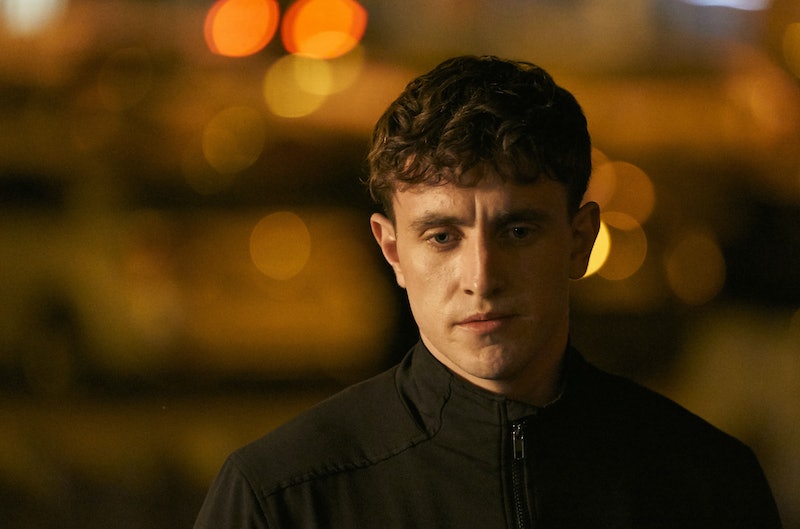 Normal People has been such a resounding success that I don’t remember a time when I didn't receive five pictures of Connell’s chain every day or spend hours working out where Marianne’s summer dresses are from. The BBC and Hulu brought Sally Rooney’s will they-won’t they romance to screen and fans have been obsessed ever since. You may have been hooked on Connell and Marianne’s relationship but now there’s more relationship tea to get excited about. Brace yourselves: Paul Mescal has said he’s looking forward to dating when lockdown ends and missing being "intimate" with somebody.

Connell is the crush you didn’t know you needed in lockdown. And Normal People has shot Mescal to fame over night, with the likes of Sia and Kourtney Kardashian calling themselves fans. While Marianne and Connell’s relationship status is pretty ambiguous, Mescal has been very clear about his own. In an interview on the I'm Grand Mam podcast, he told PJ Kirby and Kevin Twomey:

“To be honest I'm really looking forward to dating. I'm trying not to think of it being weird because I think, we've been in lockdown for f**king months and I've had no opportunity to meet somebody new or being remotely intimate with anybody.”

Mescal revealed on the podcast that he’d used dating apps – including Hinge – when he moved to London recently but decided he didn’t really like them. That's right, Hinge. Let that sink in. I mean, who's to say you didn't accidentally swipe left on him during a mindless scrolling sesh? I can't.

During his I'm Grand Mam interview, Mescal made it clear that potential datees shouldn't confuse him with his on-screen character. "I'm not Connell, I'm totally different to him. Maybe what's sexy about Connell is he's that kind of classic back footed, aloof, smart. I'm definitely not back footed or aloof," he said.

Speaking about the attention he's been getting, he said: "It was kind of fun at the start, I was like 'Oh, this is mad, people think that Connell's sexy. A weird thing has crept in where people DM and there's a feeling that maybe there's an anticipation that I'm him."

Mescal may not be like Connell but he has previously told Mr Porter that he would like a relationship like the one in Normal People. “I want to find something similar to Connell and Marianne, but only in the last chapter in the book when they have such a deep connection emotionally and physically. That might be a dragon that I might be chasing for a long time," he said.

Lockdown may prohibit it for now but I’m sure Mescal will be in no shortage of dates when bars open again.