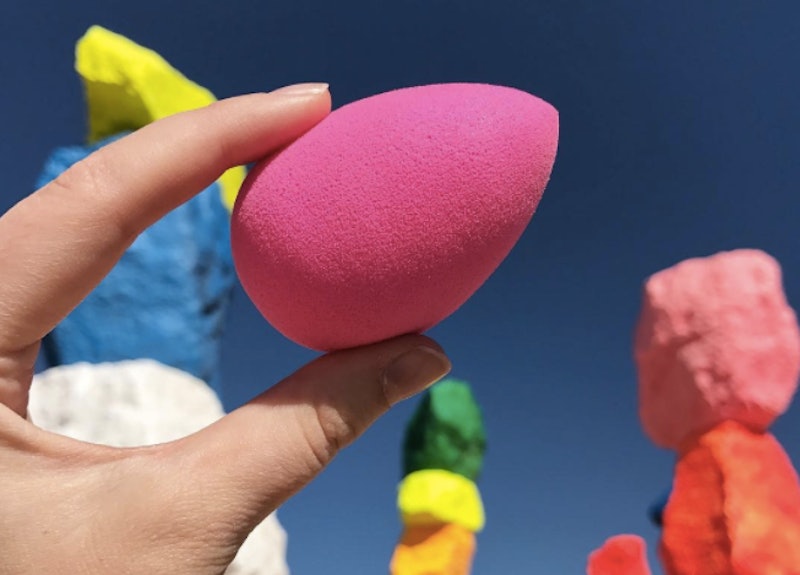 To the untrained eye, most makeup and beauty tools can look kinda strange. Take the squishy egg-shaped Beautyblender for example. If your boyfriend (or other makeup uninitiated friends) tried to guess what it was, would they guess right? That's what vlogger Selena Faye tried to find out on Jan. 24 when she posted a hilarious challenge on Twitter.

She asked her followers to send a pic of a Beautyblender to the men in their lives asking what they thought it was, and the responses were just as great as you'd imagine. One guy responded with "egg" (good try), while another guessed "cheek brush" (even better.) Others were further off, guessing things like "apple" and "stress egg." Perhaps my favorites, though, were "klown nose" and "boob stuffing."

According to Buzzfeed news reporter Stephanie McNeal, Faye got the idea while chatting with a male friend of hers. “I was texting a guy friend and he just swore he pays so much attention, even when I’m doing my makeup,” she told McNeal. “So I sent him a pic of the beauty blender and asked him, ‘what’s this?’ And his reply was ‘a makeup brush’ he was so wrong.”

And just like that, the Twitter challenge was born. Take a look at some of the hilarious responses below.

Hm, it does kind of look like a bath bomb...

Apparently it's a nose.

Congrats to this dude.