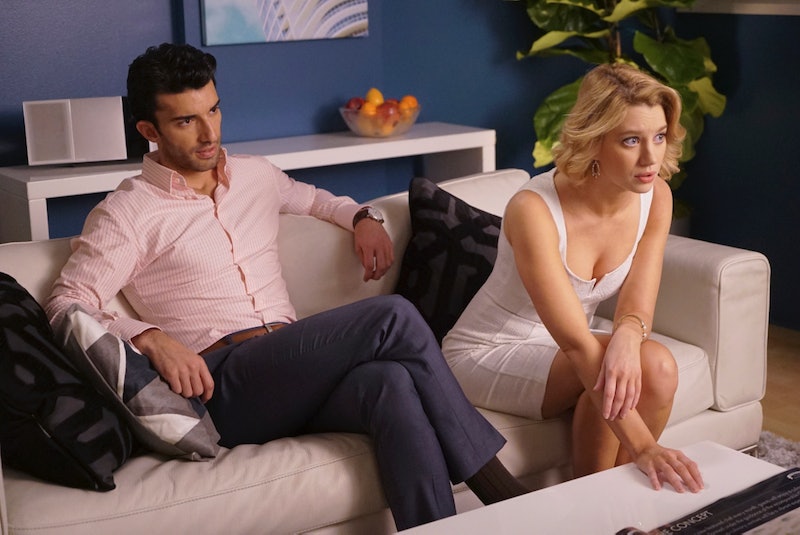 Spoilers for Jane the Virgin Season 5, Episode 14 ahead. When things are going well on Jane the Virgin, disaster always strikes. That's what happens in "Chapter 95" when Petra gets in a car accident on Jane the Virgin. Petra finally has full control over the Marbella and strikes a healthy work-life balance with Rafael when her mother Magda returns. Petra's mom surprises her in her car as she's driving during a rainy Miami night. While Magda says something terrible will happen to Petra if she doesn't help her, Petra doesn't even get the chance to deny her mom before terribleness occurs. The end of the episode implies Petra gets in a car accident as the sounds of a horn and cars smashing occur when the white "To be continued ..." screen appears. And if Magda caused Petra to get hurt — or worse, die — she may end up being an even bigger villain than Sin Rostro.

Jane the Virgin loves giving a cliffhanger where it seems like a character dies only for them to be alive in the next episode. But it's understandable to be concerned about Petra's fate since showrunner Jennie Snyder Urman promised multiple deaths before the series finale. However, it doesn't seem likely that Petra's story would end like this with five more episodes to go.

So have faith that Petra will pull through as she has done many times before.

While this car accident might be a setback for Petra, it hopefully will bring closure to her storyline with her mother. Magda has consistently been the devil on Petra's shoulder. But now that Petra no longer wants to engage in any criminal activity or major lies after dating JR, there's no room for Magda in her life. So perhaps Magda will be the one who dies from the car accident. Or, if it's not fatal, maybe this scare will make Magda realize she needs to clean up her act as well.

Petra's fear when Magda showed up as a tarot card reader at the Marbella in "Chapter 85" was that she would one day become her mother. And Magda has done plenty of atrocious things that don't warrant forgiveness. She pushed Alba down a flight of stairs, abandoned her daughter Anezka and kept the existence of a twin sister a secret from Petra, and manipulated Luisa into believing she was suffering from delusions. Then, there's the emotional abuse she perpetrated on both her daughters. So yes, Petra never wants Anna or Elsa to view her as a pariah like she views her own mother.

But for people who feel empathy for all the hardships that Magda has gone through, maybe you want to see Petra make amends with her mother. Either way, Magda has forced Petra's hand once again by showing up unexpectedly and causing chaos in her daughter's life. So it seems that Petra will either have to find space in her life for her mother or truly cut off all ties — there can be no middle ground.

Magda may look the part of a villain with her scarred face, eye patch, and hooked hand. But she doesn't seem to actually be as bad as the sociopath Rose. Still, it might be too tidy of a conclusion for Petra to decide to help her mother — especially since Magda just got her into a potentially life-threatening accident. Maybe instead, Petra will give her mom money and send her away. Or, if Magda is the one who dies from the accident, Petra will have to deal with her complicated feelings of grief.

However Petra's accident turns out, Magda's return was inevitable. So it's good in a way to see her appear in "Chapter 95" and not the series finale so that Petra can finally close this chapter of her life — as long as she's not too hurt in the accident to do so.