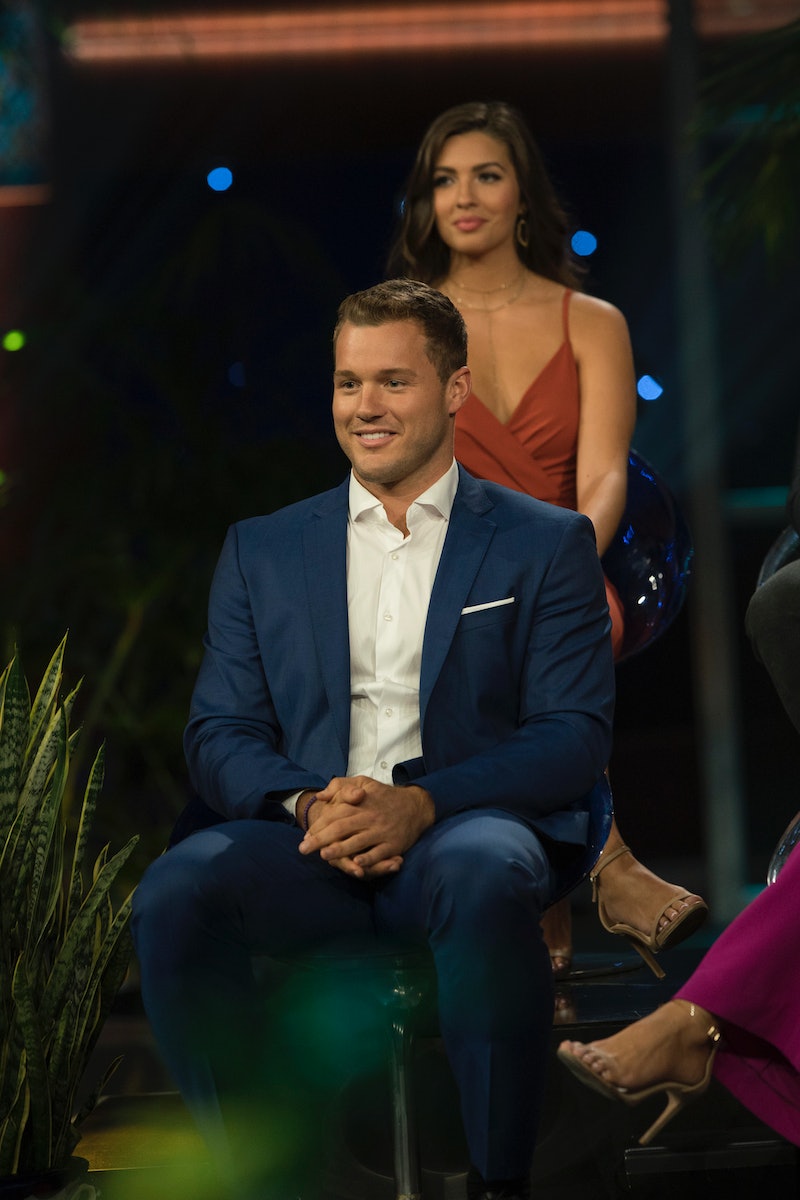 Season 23 of The Bachelor isn't premiering until January, but production is already underway. Show producer Mike Fleiss has shared a few behind-the-scenes photos of Colton Underwood filming The Bachelor. Unfortunately for the super curious viewers, zero spoilers were leaked, but catching some glimpses at the upcoming season is still exciting.

Fleiss shared a photo of what appears to be Colton on a date with the caption, "Piano man!" on Sept. 23. The producer didn't confirm that the photo was from a date or if it's just some random candid picture from a place that does not appear to be the Bachelor mansion. Then again, this show is all about dating, so the picture is most likely from a date.

Not only that, but night one of Colton's season was filmed on Sept. 21, according to an article from Us Weekly, so it would make perfect sense for Colton to be on one of his first dates two days after that.

The Bachelor Season 23 premiere is set to air on Monday, Jan. 7, 2019, according to the host himself Chris Harrison, who revealed the official start date at the end of the Bachelor in Paradise Season 5 finale. Thankfully, Fleiss has shared some sneak peeks from the season to hold over the fans that just can't wait until next year.

Before Colton met any of the women, the producer shared a photo of the Bachelor sitting on top of an orange, vintage car and practicing the show's famous stare into the distance along with the caption, "Ready for the journey..."

On Sept. 21, he shared a photo of the monitors during the first night of filming The Bachelor in the mansion.

The first photo from that night is from a little far away, so it is difficult to see what is going on, but it isn't the only picture that made its way onto Twitter. The producer shared another photo of the monitors and captioned it, "Behind the scenes..."

This time there are clear frames of Colton greeting the contestants in the Bachelor driveway and the women chatting with each other inside the mansion.

While that photo provided the fandom with the most revealing look at the season, Fleiss also posted another one from The Bachelor night one. This third picture from The Bachelor mansion didn't show as much, but something is better than nothing, right?

That is all that the fans got to see in regard to photos so far, but three of Colton's suitors did get some screen time during the Sept. 20 episode of The Ellen DeGeneres show. Ellen DeGeneres surprised Colton by bringing out three of the contestants to meet him before stepping out of the limos in the mansion driveway.

Women named Sydney, Annie, and Katie all competed in a game called "Know or Go," answering questions about themselves, Colton, and other topics from afar while Colton and DeGeneres looked on.

The women were eliminated from the trivia contestant one by one until there was one remaining. The only person who appeared to get quality time with Colton was Annie, who won the game and got the opportunity to talk to Colton for a few moments.

Now it's just a waiting game until the season really begins, but the fans can keep checking Fleiss' Twitter account hoping for more behind-the-scenes photos and hints about Colton's journey to find his future wife.