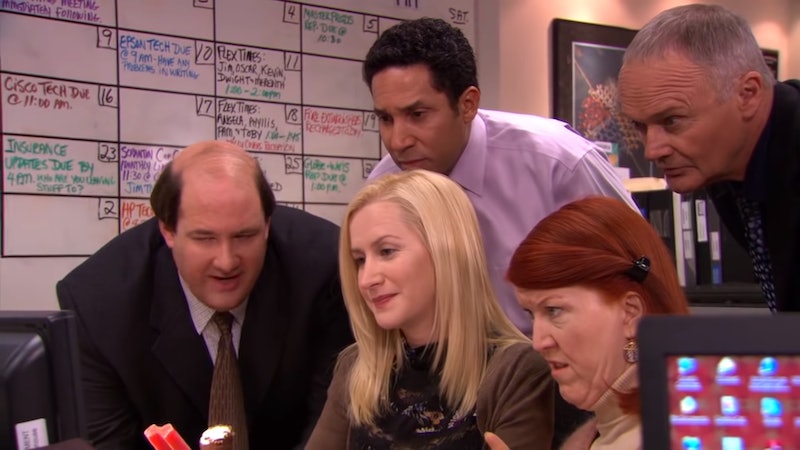 If you're feeling a bit of fatigue from Hollywood's streak of television show reboots, seeing these pictures from The Office's accountants' reunion will be just the piece of nostalgia to get you excited again. The show's stars Angela Kinsey, Oscar Nuñez, Brian Baumgartner, Leslie David Baker, and Creed Bratton represented the Dunder Mifflin crew at this past weekend's Keystone Comic-Con in Philadelphia, and thanks to social media, fans of the franchise were able to follow them every step of the way.

Kinsey, who plays Angela on the award-winning series, was a master at Insta Stories during the gang's festivities, and she captured some pretty awesome moments — from a selfie with Nuñez and Baumgartner, who play Oscar and Kevin on the series, respectively, to joining Baker on a hunt to find Bratton, her photos and stories are can't miss for fans of the NBC sitcom. And even though she shares the same first name as her less-than-enthusiastic character Angela on the series, Kinsey totally proved to be the life of The Office's reunion party.

Anyone keeping up with their shenanigans over the weekend can tell that the actors thoroughly enjoy each other's company. And just knowing that your fave stars are friends IRL makes rewatching the show that much more enjoyable.