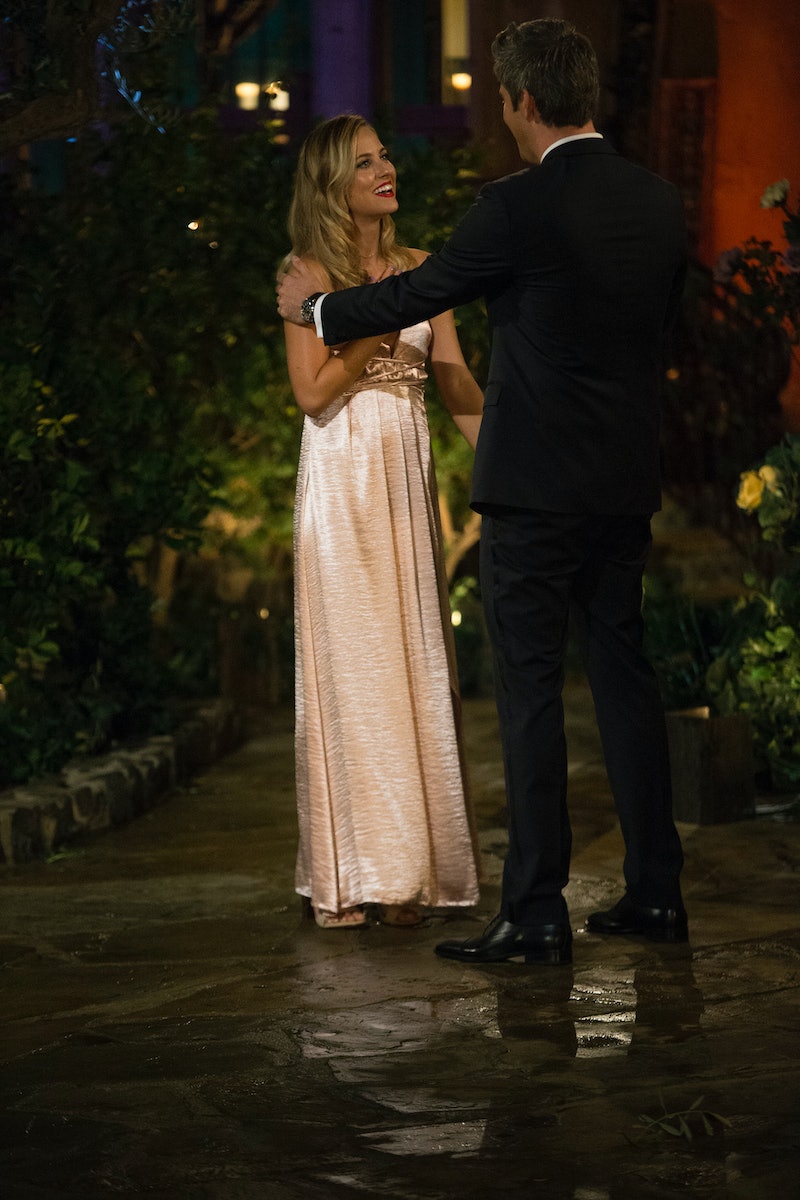 With so many contestants competing each season on The Bachelor for the final rose (and an engagement ring), it’s important to make a first impression. The women vying for Arie Luyendyk's heart on the upcoming season have been announced and one certainly sticks out: Bachelor contestant Kendall loves taxidermy. There are many photos of The Bachelor's Kendall with taxidermy and it's an off-beat passion that might make squeamish animal-lovers cringe.

Kendall, 26, did not shy away from her interest in actual stuffed animals in her official contestant biography for ABC. When asked about the romantic gift she ever received, instead of gushing about an original song or a thoughtful trinket, she put it all out there. Kendall answered:

"My ex gave me an alligator hand holding an iron heart in a jar! I collect taxidermy so it was sweet to me."

OK, so many questions. Why an alligator hand? What happened to the rest of the alligator? Of all animals, what made her ex associate alligator associated with love? Finally, how could she let this fellow, who seems to know her so well, go? It's hard to find guys who dig your strange obsessions!

Don't get me wrong — it's great to have hobby, but will Luyendyk find this quirk "adorkable" a la Zooey Deschanel in the New Girl circa 2011, or, well, creepy like the creature that haunted Emily Deschanel in 2005's The Boogeyman?

Perhaps Kendall will spin her interest in taxidermy as just another aspect of her love of animals in general? Her biography has several other shoutouts to the animal kingdom. Her "bucket list" involved traveling to exotic locations to chill with two different four-legged creatures: going to Japan to visit a Hedgehog café and "hang out with pigs in the Bahamas." Her third bucket list item ("go scuba diving by a shipwreck") also presumably includes some fish or other aquatic life.

She also mentions that if she could be any animal, she'd want to be a bat. Seriously. "My sister said my spirit animal was a bat because I see beauty in dark things," Kendall explained in her official bio.

Still, she seems quite serious about the taxidermy thing. A quick scroll through Kendall's Instagram reveals several photos of her with life-like, definitely-deceased critters. Even her main profile picture features Kendall holding a stuffed duckling.

Then she has this picture below of her holding a small seal that appears to be showing off his fearsome teeth. She asks for name recommendations, and the best is clearly from a user that suggested "Kiss from a Rose."

Then there's this "taxidermy freeze dried bull dog," as Kendall wrote in the caption.

Of course, given her spirit animal, she posted this photo of a wet bat specimen. In the photo caption, she wrote that it was a gift from her friend Chase.

She seems to always be on the lookout, connecting with still animals in the strangest of places.

And not so strange places, like natural history museums.

She also has a pic of a bird skull. While this isn't taxidermy, it does seem kind of taxidermy-adjacent?

And also just a picture of a plain old, not stuffed, dead bird.

It should also be noted that if you're thinking about following her, she also has a living dog, that's pretty cute.

It's unclear at this point how much taxidermy is going to play a part in Kendall's tenure on The Bachelor. While the interest would certainly make her stand out, it might not be quite as memorable as Alexis's choice to wear a "dolphin" (read "shark") costume on last season's opening night. Plus, her listed occupation, "creative director" is actually a legit job title — which is more than a lot of other prior contestants can say.

Still, maybe Kendall should embrace her quirks. Often it's those first impressions from the limo entrances that make contestants stick out.