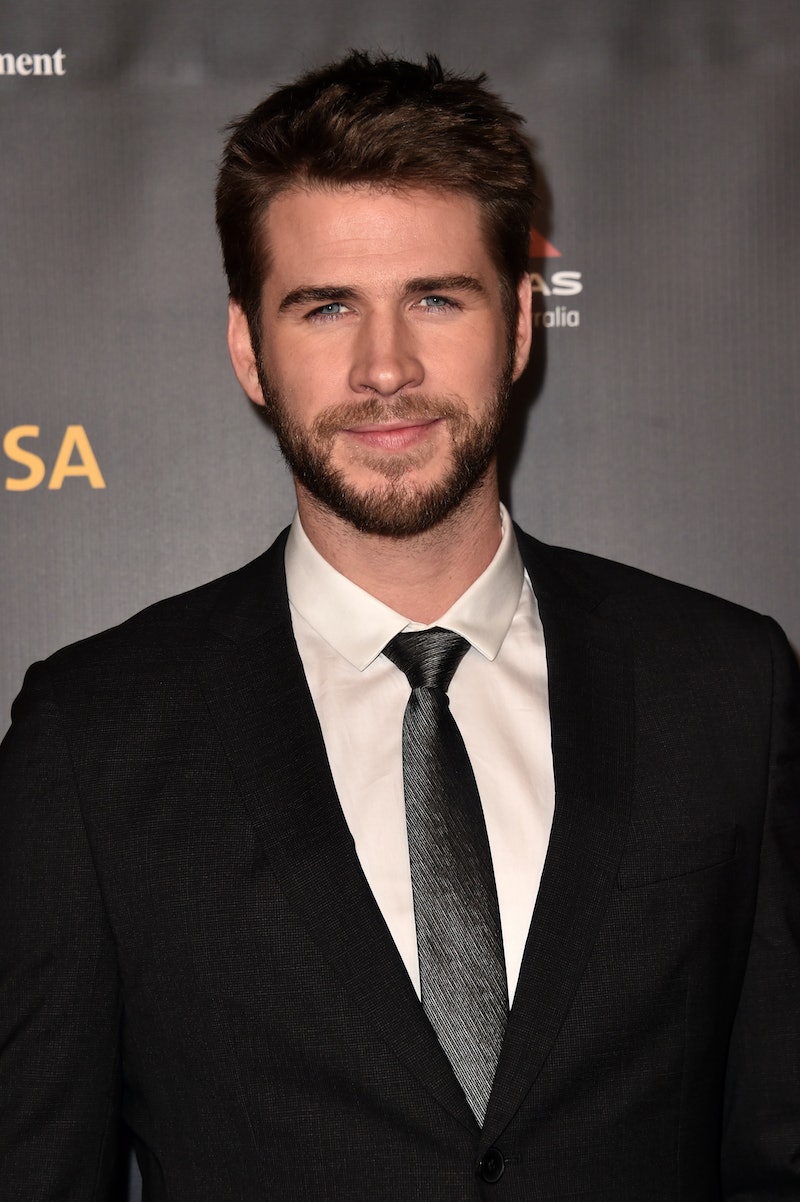 Despite everything he and Miley Cyrus have faced lately, these photos of Liam Hemsworth on vacation show that he's in good spirits following their breakup. Liam recently traveled to Makepeace Island in Australia with his brother and sister-in-law, Chris Hemsworth and Elsa Pataky, in addition to a few other friends. Based on the photos shared by Chris and Elsa, it looks like they all had fun. Now more than ever, Liam probably needed an escape and to spend time with family.

On Thursday, Chris posted the series of photos on Instagram from their trip. The Marvel star captioned the images, "Another little hidden gem in @australia Thanks for the hospitality @makepeaceisland !!" Pataky also uploaded a bunch of pictures and wrote next to them, "Fun trip with the best company!"

There's a lot of laugher and smiles in the pictures. Plus, Pataky posted several videos on her Instagram Story, which showed Chris doing what he does best — dancing. In one of the videos, there's a glimpse of Liam lounging by the pool with a drink in his hand. He has a smile on his face and looks well. As you can see below, in Chris' first photo, he's joking around with his younger brother by putting his foot on his head. They definitely had a good time together.

In August, Cyrus and Liam announced their split. At the time, a rep for Cyrus told People, "Liam and Miley have agreed to separate at this time. Ever-evolving, changing as partners and individuals, they have decided this is what's best while they both focus on themselves and careers. They still remain dedicated parents to all of their animals they share while lovingly taking this time apart. Please respect their process and privacy." (Bustle previously reached out to both their reps for comment, but did not hear back.)

Liam released his own statement on Instagram on Aug. 12 and showed nothing but support for Cyrus. "Hi all," he began. "Just a quick note to say that Miley and I have recently separated and I wish her nothing but health and happiness going forward. This is a private matter and I have not made, nor will I be making, any comments to any journalists or media outlets. Any reported quotes attributed to me are false. Peace and Love."

In addition to their breakup, Cyrus and Kaitlynn Carter, Brody Jenner's ex, have been making headlines as a rumored couple. Neither of them have confirmed their exact relationship status, but Cyrus has made it clear that whatever is going on between them didn't begin by her cheating on Liam.

On Aug. 22, she posted on Instagram, "I can admit to a lot of things but I refuse to admit that my marriage ended because of cheating. Liam and I have been together for a decade. I’ve said it before & it remains true, I love Liam and always will." Cyrus also added about her decision to move on from her former husband, "BUT at this point I had to make a healthy decision for myself to leave a previous life behind. I am the healthiest and happiest I have been in a long time. You can say I am a twerking, pot smoking , foul mouthed hillbilly but I am not a liar. I am simply in a different place from where I was when I was a younger."

There's no denying both Liam and Cyrus have been through a lot lately. Overall, he's understandably been quiet about their split and his feelings. But, based on the latest family vacation photos, it sure looks like Liam is at least trying to heal and move in a positive direction with people who support and love him by his side.