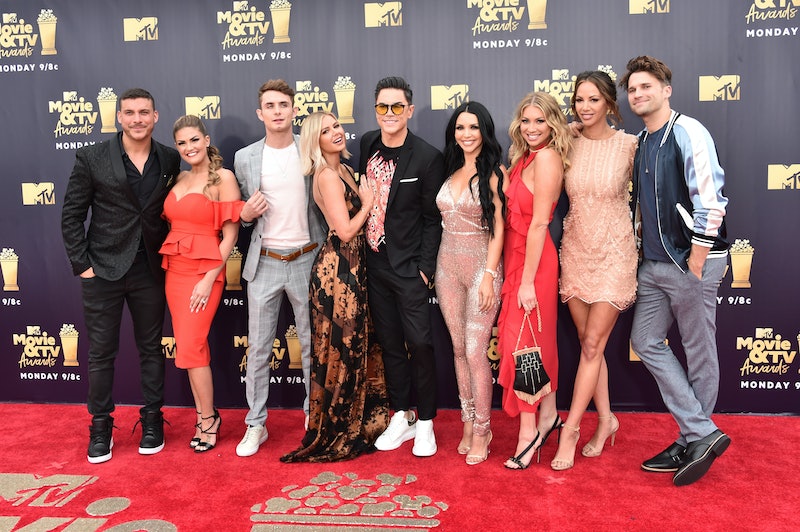 James has not acknowledged his absence from Puerto Vallarta on social media, but there's no doubt it will be addressed on the show. Is he on the outs with his costars and not invited? Or did he turn down the offer to party it up in Mexico? There are no answers at this point, but the cast films the show every summer, so it's all the more likely this will be a storyline when Vanderpump Rules returns for Season 7.

On the other hand, Billie, who joined Vanderpump Rules as a recurring cast member during Season 6, spoke out about her absence from the fun. On Aug.9, Billie tweeted, "It’s obvious I’m not in Mexico. Sucks still being the newbie @SurRestaurant not everyone can get their shift covered so I’ll be hosting tomorrow night at SUR. Come visit me!"

James, Billie, and James' girlfriend Raquel Leviss were not a part of this Vanderpump Rules cast vacation, but pretty much everyone else shared great photos from the trip.