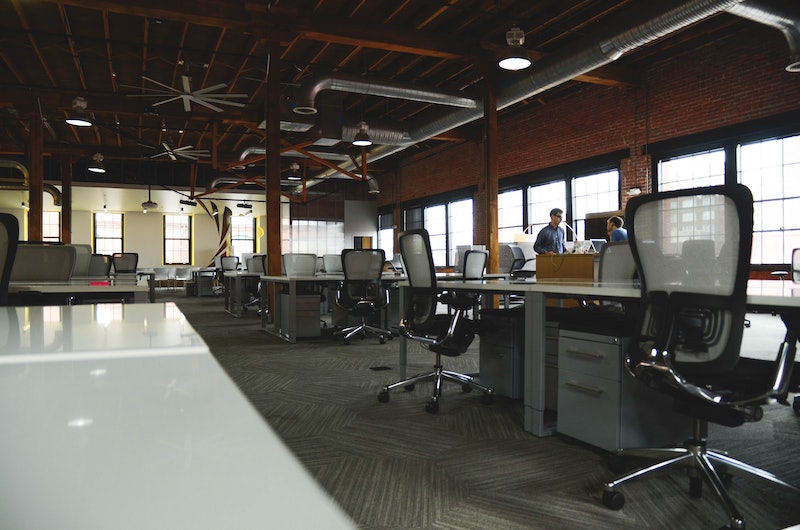 A lot of powerful photos of women gathering at protests and rallies emerged during “A Day Without A Woman” yesterday, but another set of images — showing the opposite — are equally empowering. Pictures of empty offices during to the women’s strike starkly illustrate how much women contribute to the workforce. Showing nearly abandoned workplaces, these images reveal just what “A Day Without A Woman” looks like.

On Wednesday, International Women’s Day, thousands of women took part in “A Day Without A Woman,” a general strike intended to show how important women are the U.S. labor force and economy. There were a variety of ways that women and allies took part in the strike, including taking the day off of paid and unpaid work, wearing red, and choosing not to shop for the day, except at businesses owned by women and minorities.

Many women who were able to take the day off chose to spend their time volunteering and attending protests. Although these women made their voices heard — often with the help of awesome signage — they spoke just as loudly with their absence, showing how quickly many workplaces cease to function when you take women out of the equation.

These images, collected by Twitter, show the empty offices of businesses whose female workers took the day off:

The ultimate effect of "A Day Without A Woman" remains to be seen, but these photos demonstrate that an office without a woman is a pretty sad and lonely place to be.