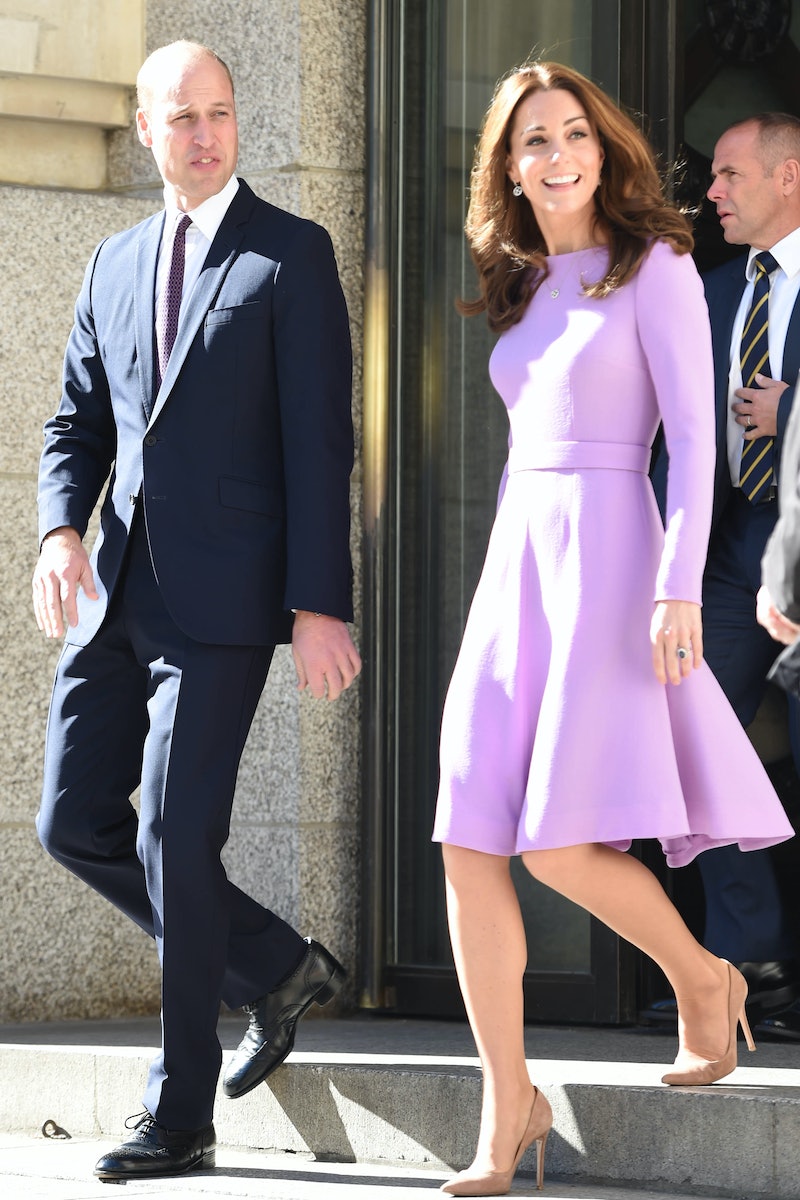 As the wedding ceremony of Princess Eugenie and Jack Brooksbank got underway, the attention of royal enthusiasts around the world was focused on the bride herself, the fashion on display, and of course the many notable guests who arrived in Windsor to celebrate the royals' big day. Among some of the more important guests were Prince William, Duke of Cambridge and Catherine, Duchess of Cambridge, who appear to have got caught up in the romantic atmosphere. Yup, Kate and William adorably held hands during the ceremony, and people were more than here for it.

It's not often that members of the royal family display signs of loving affection towards one another, especially in the public domain, so it was refreshing to see such a sweet moment between the pair captured on camera. Prince William and the Duchess of Cambridge arrived together at the chapel in Windsor, and Kate wowed onlookers with her raspberry Alexander McQueen dress and matching Philip Treacy headpiece. Prior to the wedding day, a royal expert for the Express appeared to correctly predict the fashion route the Duchess of Cambridge would take when he said to expect "rich autumnal tones". The royal pair also made sure not to upstage the bride on her special day by making their way inside the ceremony through the back door.

Prince William and Kate weren't the only representatives of their family to play a part in Eugenie's wedding day, as two of their children, Princess Charlotte and Prince George, each were given important roles in the ceremony as a bridesmaid and pageboy, respectively. Princess Charlotte was selected as a bridesmaid alongside the likes of four-year-old Mia Tindall, daughter of Zara and Mike Tindall, as well as Robbie Williams and Ayda Field's six-year-old daughter, Theodora "Teddy" Rose Williams.

The royal wedding of Princess Eugenie is one of the first public appearances made by Middleton since returning to her full-time royal duties. The Duchess enjoyed a public hiatus after giving birth to her third child, Prince Louis Arthur Charles of Cambridge on April 23 this year. Kate's first day back at work took place last week during a visit to Sayers Croft Trust Forest School and Wildlife Garden at Paddington Recreation Ground; this was the first official royal duty the Duchess has taken part in since beginning her longest ever maternity leave.

During the wedding celebrations, Kate is likely to rub shoulders with fellow members of the royal family including The Queen, Prince Harry and Meghan Markle — as well as the many other celebrity guests, some of whom have their own history with Middleton. British singer-songwriter Ellie Goulding, an invited guest and close friend of the bride, also attended the wedding of William and Kate. Goulding also performed at the reception of the wedding back in 2011, where she reportedly sang the song of the couple's first dance.

But Prince William and Kate aren't the only major royal couple in attendance of today's royal celebration, so keep your eyes peeled for any more romantic moments.