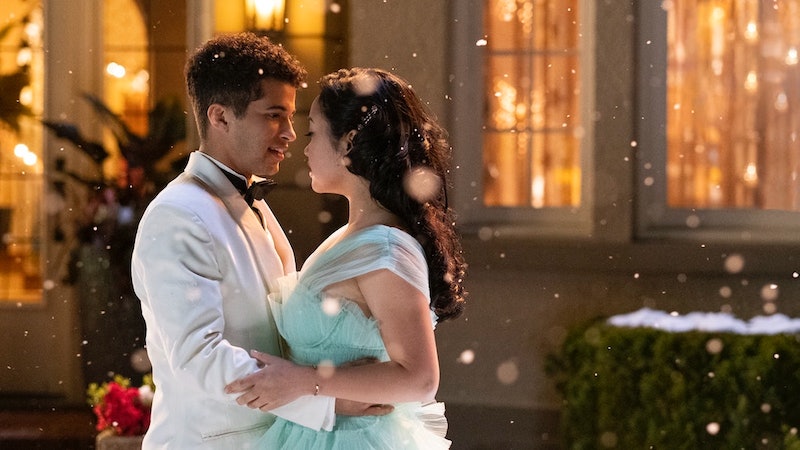 In the words of Peter Kavinsky, “Woah, woah, woah.” P.S. I Love You star Lana Condor called John Ambrose McClaren marriage material and Peter Kavinsky “fling” material. In an interview with PopBuzz last week, Condor and her To All the Boys co-star Noah Centineo sat down to chat about the love triangle between Lara Jean, Peter, and John Ambrose ahead of the release of To All the Boys: P.S. I Still Love You on Wednesday, Feb. 12. While Condor had long been Team Peter Kavinsky, she revealed that a recent fan screening for the sequel resulted in a change of heart.

“There was a fan screening and I stayed and I watched the movie in the back because I wanted to hear the audience’s reaction,” Condor said. “I hadn’t watched the movie in a while, and their reaction to John Ambrose… I was like, ‘Oh!’ So, originally, I was always Peter Kavinsky, but I had a moment of, ‘Oh, man. This might be changing.'” Condor added, “I think [you] date a good ol’ Peter Kavinsky [but you] marry a good ol’ John Ambrose.”

When Centineo suggested that his character was a mere “summertime fling” in need of growth and development, Condor agreed and said, “Yeah. He’s the fling.”

A sequel to the acclaimed To All the Boys I’ve Loved Before, P.S. I Still Love You will follow Lara Jean (Condor) as she reunites with one of the former recipients of her old love letters, John Ambrose (Jordan Fisher) — all while her relationship with her Yakult-obsessed boyfriend, Peter (Centineo), continues to blossom. Based on the book series by Jenny Han, the sequel will be followed by a third and final installment, To All the Boys: Always and Forever, Lara Jean.

In an interview with Entertainment Weekly on Feb. 7, Condor teased a difficult love triangle with “flawed” characters in the sequel. “The first movie was about love letters and fake relationships, and in this one, you really get to know more,” Condor said. “We show that Peter’s flawed and Lara Jean is flawed.” Condor added of Lara Jean and John Ambrose’s dynamics, “They’re true friends. Their friendship is also a very deep love… I think that when people see the movie, they’re going to be shocked because it’s very difficult. Johnny Ambrose is awesome.”