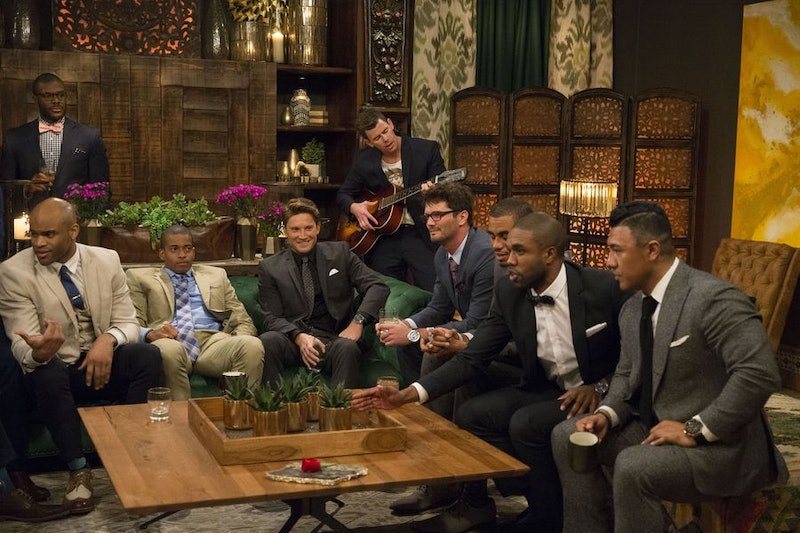 Every season there's a trend in The Bachelor/ette contestant bios. On Nick Viall's season everyone was talking about dolphins. On JoJo's season, all the men were wearing v-necks in their profile pics. And, it seems that Rachel's Bachelorette contestants can't stop talking about sex in their bios.

In the past, The Bachelorette and Bachelor contestants haven't been super open about their sex lives, although they have been getting more open in recent seasons (remember when Raven talked about orgasms during Nick's season?). Given the nature of the show, and how Rachel is looking for a compatible romantic partner, having the guys talk frankly about sex in their bios could be something she is comfortable with. If the goal of the show is for the Bachelorette to find the man she plans to marry, then no topic should be off limits, including intimate discussions about bedroom exploits.

Sure, some of the stories are funny, and a couple of the guys volunteer information that a person might not expect to hear on a first date, but overall the answers to the sex questions in the guys' bios offer up insight into how these men see themselves. That is powerful information for the viewers to have as they watch Rachel embark on her journey to find love this season. And let's face it, a savvy woman like Rachel is likely going to prefer honesty to someone who is trying to encompass outmoded ideals about love, sex, and marriage.

Both Fred and Iggy revealed they have had embarrassing moments where they got a little too excited at work, and Bryan sounds a little like Christian Grey without the private jet. But one of the best quotes comes from Rob, who reveals, "I prefer a woman who pursues me. It shows that she has the focus and the courage to go for something that she wants despite the cultural expectation that the man do the pursuing."

The answers the contestants offered up in their bios were unexpectedly honest, but definitely interesting reads that highlight one of the many reasons why this season of The Bachelorette could be seen as progressive for the franchise.