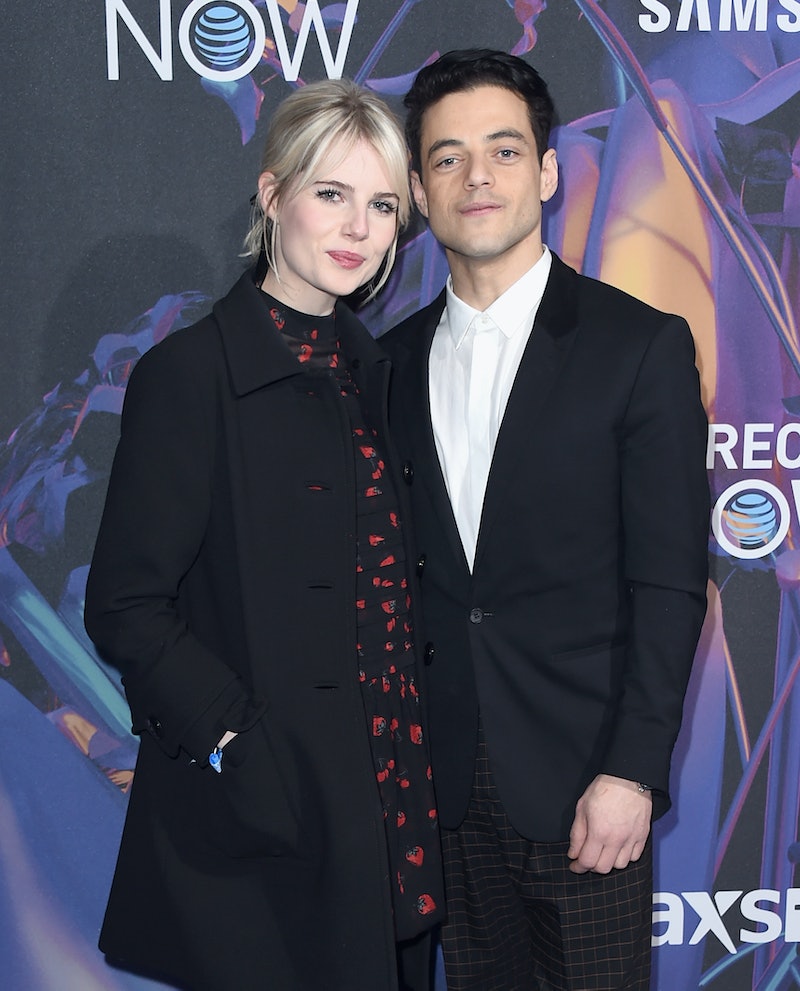 This celebrity couple just can't help but be adorable. Rami Malek sweetly praised Lucy Boynton in a recent interview with Us Weekly. The way the 2019 Golden Globes winner for his lead role in Bohemian Rhapsody described his real-life girlfriend and costar in the film will seriously make you swoon. It's clear Malek appreciates Boynton for only her best qualities and finds her attractive in all the right ways.

"She's such wildly talented human being and an inspiration."

Malek's admiration for Boynton couldn't be more adorable. It's refreshing to hear a man gush about a woman for qualities that truly matter, like her skills as an actor and for inspiring others. The way Malek described Boynton probably also makes her feel especially appreciated.

In April 2018, Us Weekly reported that Malek and Boynton were dating after meeting on the set of Bohemian Rhapsody, in which Malek portrays Freddie Mercury. As for Boynton, she plays Mary Austin, Mercury's one-time love and fiancée.

At the time, a source told Us Weekly about the couple, "They met while filming Bohemian Rhapsody in London. He is so into her. He goes and visits her in London all the time."

Most recently, in January, Us Weekly reported Malek finally confirmed his relationship with Boynton. According to the publication, while accepting the Breakthrough Performance Award for his role as Mercury at the 30th Annual Palm Springs International Film Festival's Film Awards Gala, the Emmy winner declared,

"I'm just really honored to be here. Thank you, Lucy Boynton. You have been my ally, my confidant, my love. Thank you so much."

Prior to his speech, it seems like Malek and Boynton have remain pretty mum about their connection. That said, it doesn't appear that they've been trying to hide their romance, either. First of all, they were spotted in London together in October 2018 and in Los Angeles the following month. In August 2018, People reported Malek and the Murder on the Orient Express actor went to a U2 concert together last May. At that time, People also reported they were seen kissing while walking around Los Angeles last August.

Furthermore, in April 2018, Boynton seemed to make a cryptic reference to Malek on her Instagram. Next to a photo of Boynton holding a recently removed wisdom tooth, she wrote, "Lost some wisdom today but the upside is ma boyfriend’s gonna be gettin a jazzy homemade necklace for his bday." She didn't name Malek as her "boyfriend," but based on the timeline, it definitely seems like Boynton was referring to the award-winning actor.

Even though they rarely speak about one another publicly or share photos of each other on social media, the past two times Malek has praised Boynton totally make up for it. If Malek's nominated for an Oscar for Best Actor and then wins, let's keep those fingers crossed that he sweetly thanks Boynton in his speech.