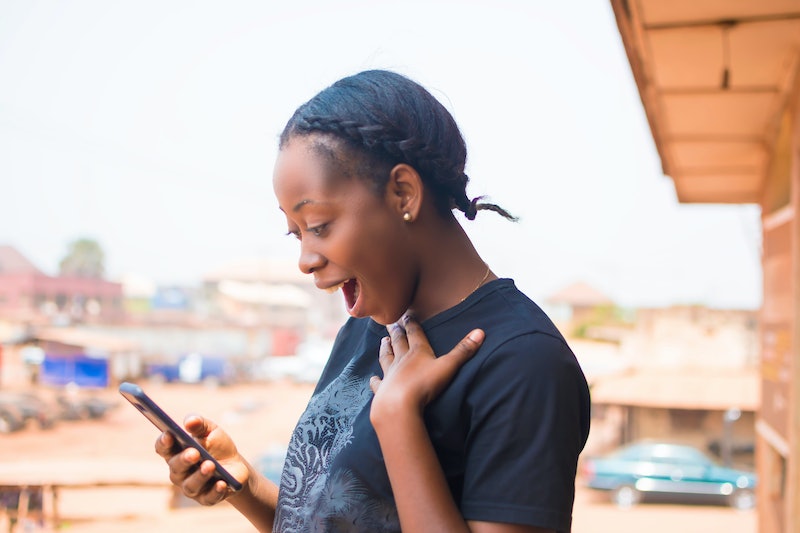 You've been sitting around your apartment for what feels like the millionth day in a row. You've refreshed your Instagram feed more times than you can count. You keep checking the fridge for snacks, only to find nothing of interest. At week 10 of social distancing, life has begun to feel mundane, monotonous, and routine. But these random acts of kindness during the pandemic have the ability to turn your quarantine around.

As many states start their third month of shelter-at-home, more and more people are making it a point to say "thanks" to those who have made a positive impact on their lives. Some are reaching out to old friends from high school who helped them through a tough time. Others are sending emails to professors who encouraged them to switch their majors. From grand gestures to short messages, something about isolation is bringing out the best that humanity has to offer.

Alissa, 24, worked as an entertainer on a cruise ship before travel was shut down. Since she's been off the boat, her inbox has been inundated with notes from people who remember her. "The pandemic has devastated the cruise industry, and I am not working," she tells Bustle. "But over the past two months, I have had so many former guests write to me, inquire about my whereabouts, and thank me for the memories and making their vacations so memorable."

Being sent love and hope from around the world has been extremely humbling.

The notes make her emotional, she says, because they remind her that she has made a difference — even if her life in quarantine isn't grounded in productivity. "I was particularly touched by a guest in Australia who told me I was his son’s inspiration for playing piano," Alissa says. "Being sent love and hope from around the world has been extremely humbling and comforting during this time."

So, why the sudden need to send well wishes from behind closed doors? Feeling connected to something (or someone) larger than ourselves can help to alleviate loneliness. But experts say it goes deeper than that.

"Reaching out to thank someone for the positive impact they had on your life does two things," Dr. Rajan Grewal, a psychiatrist, tells Bustle. "It generates feelings of kindness and gratitude in the person reaching out, and it translates those feelings into a meaningful action that builds social connection."

A random act of kindness can also counteract any coronavirus induced anxiety or unpredictability connected to the pandemic. "One of the hardest parts of being in a crisis is the sense of uncertainty and powerlessness that we can feel," Grewal says. "Anxiety increases our body’s stress response and prepares us for action — when there is no meaningful action to take, it can build."

Kindness is inherently relative. It may look like raising money for charity, donating food, helping a neighbor, or simply sending a thoughtful email. As long as the act makes a tangible impact, it's a step in the right direction. "In psychological terms," Grewal says, "it helps us to have a sense of self-efficacy and an internal locus of control."

For Abe, 27, kindness came in the form of a cab driver, who had picked him up over a year go. They had exchanged numbers when discussing his start-up idea — something the driver has really appreciated. "He told me he had been going through his phone and wanted to call me and let me know he thought I was a good, kind man," Abe tells Bustle. "I thought it was so nice."

Dr. Josh Klapow, a clinical psychologist, tells Bustle that the pandemic has served as a daily reminder that our lives are fragile. For Rhonda, 61, the time at home was a much-needed wakeup call, which prompted her to reach out to an old friend via Facebook. "I wanted to see if we could finally have our first phone call after over 40 years of no contact," she tells Bustle. "Now seemed like the perfect time to reconnect with her this way."

It felt like a scene out of a movie. Most days feel like Groundhog's Day in quarantine.

The two ended up chatting for hours as if no time had passed. "We so enjoyed reconnecting and learning about each other's lives and sharing some common ground," she says. "We both left the phone call with a good feeling, and with the thought that we'll be friends again when the quarantine lifts."

Melody, 37, also reconnected with a long lost friend, who emailed to check in after uncovering cute photos of the two of them together as kids. "It felt like a scene out of a movie," she says. "I immediately called my parents to tell them. Most days feel like Groundhog's Day in quarantine, so it was such a lovely way to start the week."

Sometimes, the sweetest words come from the last person you'd expect. Iman Hariri-Kia, Bustle's Sex & Relationships Editor, was surprised and touched when an old doorman, who used to work in a building her family once lived in, reached out to check in on her health. "He told me he 'doesn't forget awesome people,'" she tells Bustle. "That brought a smile to my face."