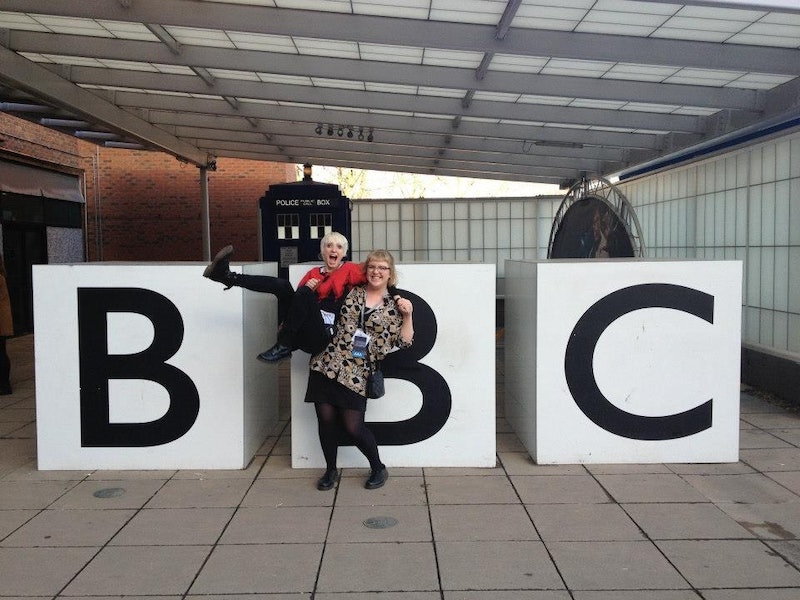 When the possibility of this assignment was raised by my editor, I leapt at the opportunity. Because frankly as a foreigner who's moved about a bunch, there are a lot of friends I've left behind, old friends that I'd love to reach out to. It's not by choice, but sometimes seems as though my life has so far been a series of summer camp friendships. Short intense bursts of friendship, filled with love and laughter which burn like the brightest candle and are blown out just as quick. Short relationships that shape you and make you who you are. In a way I've become a mish-mash of the many friends I've had, a patchwork quilt of all of their pros, cons, habits, and beliefs. For good and bad.

I grew up and went to uni in Dublin, spent a brief sojourn in New York city, after which I moved to London for eight years, and have since absconded to the British seaside. In those eight years I had what felt like a million different lives. Countless different versions of myself at different times, with different people, different careers, and different lovers who made me cry. What shaped me and got me through all of the above were the friends who I met along the way.

Making a list of old friends I longed to reconnect with wasn't a difficult task. There were too many really to even get to grips with, but one person was at the top of my list. My friend Phoebe, who I met when we both worked as runners in TV production. To quote Rihanna, we found love in a hopeless place.

Phoebe was this bundle of energy, all smiles and twinkly eyes and enthusiasm. She brought a spark to those long, boring days at work where it seemed like to most people, you were truly invisible. At work she was my sunshine, which meant a lot through the bleakness.

Really there's zero reason for Phoebe and I to not be in touch. We had the absolute most fun together at a time when making hot drinks for very minor celebrities felt like the coolest thing in the whole world. And weirdly, we've ended up doing the same thing as (mostly) grown-ups.

So I reached out. And it felt weirdly scary. There was a vulnerability about it. Like asking someone on a date or sending an ex a song that made you think of them. Luckily, despite us both being busy gals in our 30s with deadlines and washing that needed doing, she was up for it. I proposed 15 minute FaceTime chat and catch up. It turned into nearly an hour and a half of reminiscing, updating, celebrating, and a lot of off the record goss that left us both glassy eyed and grinning with laughter.

When I asked what she thought of our shared time stocking fridges, making tea for people who didn't treat us very nicely, and of course hiding in various stock rooms — Phoebe responded: "You made it fun."

The chat had taken me back to being 22, insecure, chubby, and weird, but that cancelled out all of those thoughts. Although it's easy to hate on your past struggles and your crappy times — they make you solid. Like going over a line in pencil multiple times. It gets thicker, stronger, more permanent.

Phoebe and I saw each other when others didn't and found fun in the mundane and tragic. Our friendship was a little ray of light in times of darkness. Times when both of us were completely lost, minus a map, probably unable to even read a map. Like the time we accidentally turned off a light switch in a green room filled with talent and fairly uppity management. I panicked and shouted "IT'S A MURDER MYSTERY." Nobody laughed, but Phoebe did.

Fast forward to seven, or maybe eight years later and both of us are jobbing freelance writers. Something neither of us even knew could be a job back then. Back when we were runners, there just weren't ever any women in the writing rooms. Or none that we could remember. Aside from nice reminders of how far the world has come, the not-so brief catch up proved that we still find the same things funny, and feel the same stresses, anxieties, and loneliness. So why the hell haven't we kept in touch? Why did this platonic love story need to get cut short?

God it's so boring. No drama, no chaos, no unsaid words. It's one thing, and the same thing that keeps me and all the other people I'd love to see more apart — logistics. As you get older, more and more people, family, work commitments, social events, self care essentials (yoga/exercise etc, yes, I'm 30) tear you limb from limb like some sort of mediaeval torture method.

After opening the conversation in the first place, and finding that vulnerability, there was just enough left to end with another mushy question. A question which felt a bit like jumping without knowing where or if you would land — "What's the key to being in your life more, because I'd really like to be."

Her response, in short, is making time. She's hopefully going to visit me by the sea, we can cook together and hey — maybe all of this shared experience might even make for an excellent bit of writing together.

Reaching out to an old friend, even when I was fairly confident we still had a lot of love and respect for one another, felt like an enormous risk. The fear of rejection was far higher than chirpsing a new or former love interest, because we all know breaking up with a friend is one of the deepest and darkest pains you can ever feel. But hey, I did it. And it was glorious. So why don't you make a move and reach out to an old friend on Sept 17, which is the official Locate An Old Friend Day? Hell, contact loads of them. What's the worst that can happen?

More like this
Here’s What TikTok's "Mascara” Trend Is *Really* About
By El Hunt
The Banned 'Friends' Ad Shows Monica As You’ve Never Seen Her Before
By Sam Ramsden
Pret & Costa’s Coffee Is The Strongest On The High Street, According To Which?
By Sam Ramsden
Ben & Jerry’s New Sundae Flavours Are A Chocoholic’s Dream
By Sophie McEvoy
Get The Very Best Of Bustle/UK
Sign up for Bustle UK's twice-weekly newsletter, featuring the latest must-watch TV, moving personal stories, and expert advice on the hottest viral buys.