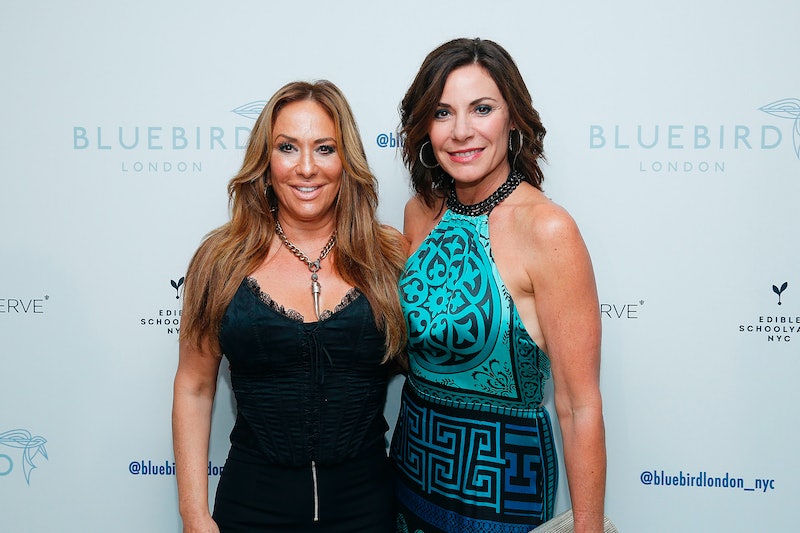 Bravo's Real Housewives of New York City may have found a new cast member for Season 11. According to Us Weekly, Barbara Kavovit is joining RHONY. A source told the publication that Barbara K. could potentially become a full-time Housewife, however, it's too early to tell what will happen regarding her status. Bustle has reached out to Bravo for comment, but did not receive an immediate response.

Luann de Lesseps fans might be somewhat familiar with Barbara K., especially after her highly discussed off-screen cameo in Season 9. During the May 2017 episode, RHONY fans may recall Barbara K. having quite the conversation with Carole Radziwill off-camera about Luann and her then-fiancé Tom D'Agostino Jr. (they divorced in August 2017). At the time, Barbara K. was heard saying to Carole about her friend's wedding and the many concerns being expressed about their marriage, "I think she has something to prove. She’d rather go through with it and get divorced than call it off."

Carole was then heard asking Barbara K., "What about him? There’s so many rumors that he hangs at the Regency still, hooks up with women …" To that, Barbara K. replied, "That’s pathetic," and claimed she had informed Luann about Tom's alleged infidelities, "I told her."

Soon after the episode aired, Luann responded to Barbara K.'s allegations in her Bravo blog. "Another 'friend' of mine, Barbara K. was caught on tape spreading rumors that I was having second thoughts about marrying Tom...after she RSVP'd 'yes' to my wedding!" She continued, "I never would have invited her had I known how she really felt about Tom and me. #GirlCode? You can tell by the smile on my face that I've got nothing to prove and everything to look forward to."

Based on recent Instagram photos and the fact that Barbara K. and Luann attended a Bluebird London grand opening party in New York City on Sept. 5 together, it appears they are currently on good terms.

There's always a chance Barbara K. could be cast, especially now that Carole Radziwill left RHONY. In late July, Carole confirmed her exit to People by saying, "After six seasons on Bravo’s RHONY, I have decided to return to what I do best — journalism and producing."

"I am sure this does not come as a surprise to any of the viewers, all of whom have been supportive, encouraging, and kind. My original curiosity about reality television has waned over the years and I am focusing on TV and writing projects that better suit my more steady temperament. I have worked with amazing producers, made great friends, and I’m thrilled to leave frenemies behind. I will remember this entire experience with delight, humor, and a veracious accuracy. Next."

Whatever happens with Barbara K., if she were to join RHONY in any capacity, she just might freshen up the series.