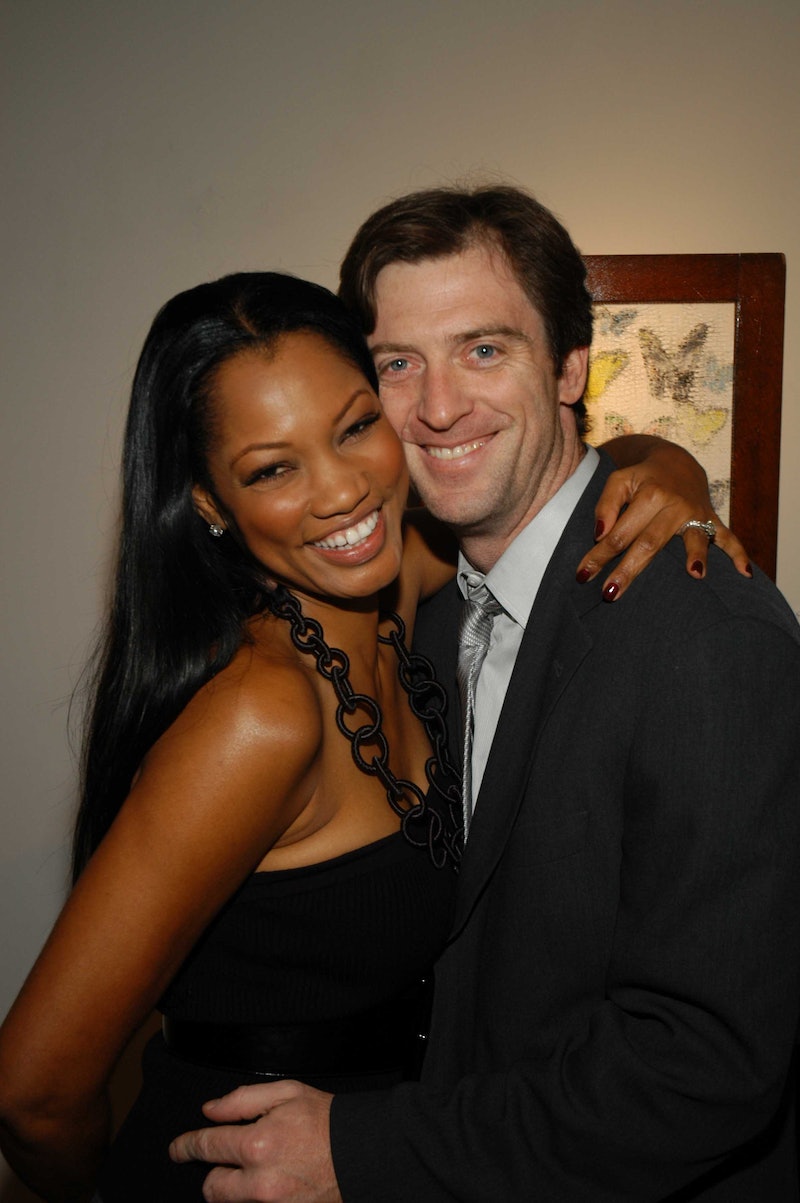 The Real Housewives of Beverly Hills' Garcelle Beauvais recently admitted that revisiting her 2010 divorce is something she's really not "looking forward to dredging up" on the Bravo reality series. Chalk that up to the fact that Garcelle's split from her ex-husband Mike Nilon was really messy, thanks to some cheating allegations. The drama hit a fever pitch when she exposed her husband of almost nine years' alleged infidelity in an email to the Los Angeles talent agent's colleagues in 2010.

At the time, People confirmed she sent an e-mail to some of his Creative Artists Agency coworkers with the subject line "Tiger Woods/Jesse James/Mike Nilon." According to the magazine, she wrote: "What do they have in common … I found out today that MY husband of almost 9 yrs has been having an affair for 5 yrs with some slut in Chicago. I am devastated!!!! And I have been duped!! Our boys don't deserve this!"

Garcelle and Mike are parents to now-12-year-old twin boys Jax and Jaid, whom she referenced in an April 2010 statement to People. "My focus at this time is on my kids and healing the pain," she said. "There will be no further comment."

The actor filed for divorce in May 2010, citing irreconcilable differences in court documents obtained by E! News. The same month, she revealed to the outlet she had no regrets about sending the email to Mike's CAA colleagues. "I was angry... and no, I don't regret it," she told E! at the time.

Fast forward to 2020, and Garcelle and Mike have come a long way, figuring out how to amicably co-parent their sons. She recently admitted to Entertainment Tonight that joining RHOBH left her with some explaining to do, however.

"I had to have the conversation with my kids to sort of tell them that things are gonna come out, you know, about our divorce," Garcelle, who also has a 28-year-old son with her first husband Daniel Saunders, explained to ET. "Mike and I have done such a great job to get to where we co-parent so beautifully that I just hope that doesn't change anything for us, 'cause that's really, you know, my family is really, really important to me, whether we're married or not, we're still family."

For his part, Mike left CAA in 2011, and after six years as a partner at LINK Entertainment, he's now an owner and talent manager for Stride Management. In 2018, Deadline noted that his client roster included Nicolas Cage, Mike O’Malley, and Billy Baldwin, as well as Stranger Things' Shannon Purser and Insecure's Y’lan Noel, among others.

Us Weekly reported in December that Garcelle and Mike celebrated Thanksgiving together and were even joined by her then-boyfriend, screenwriter Michael Elliot. In a February Instagram post, however, Garcelle wrote: "Plot Twist . . . I'm Single," adding the hashtag #lifehappens.

Garcelle previously confirmed her "new boo" would appear on RHOBH Season 10. Because filming wrapped before their breakup, however, fans may have to wait to get those details from the actor herself. As of now, there don't seem to be any emails, though.