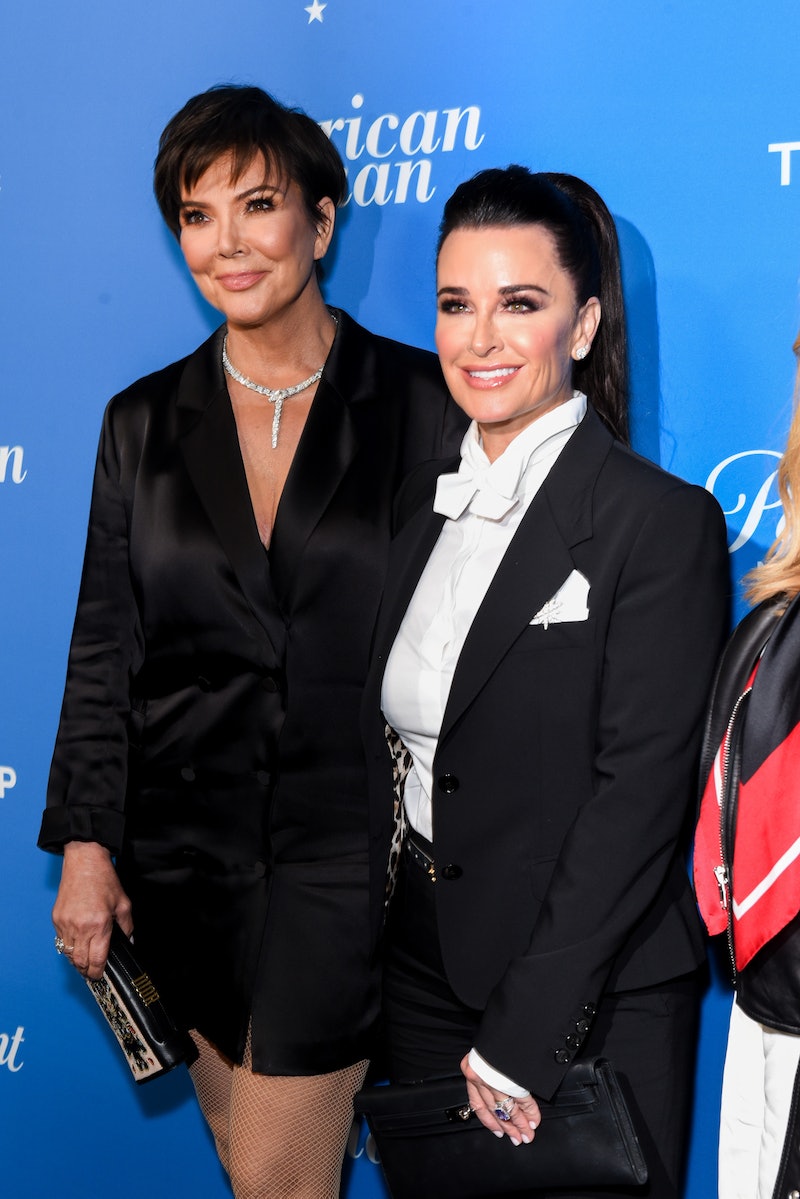 Gather round, any and all fans of Kyle Richards and Kris Jenner's friendship. For there is new and glorious Kyle and Kris BFF content to behold. In a recent interview with People, Kyle opened up about what it is like to call Kristen Mary Jenner a buddy. Spoiler alert: the Keeping Up with the Kardashians star sounds like a perfect friend. Because of course she's a perfect friend.

“Kris is an incredible friend. She is unbelievably supportive. For someone who has so much going on in her life, she never forgets anything. She has been so good to me, so thoughtful. She is like family.”

She also talked about getting together with Kris, her sister Kathy Hilton, and their friend Faye Rensick for "Nochella" in La Quinta last month. "The second week of Coachella, we did the Nochella," The Real Housewives of Beverly Hills veteran said. "We were laughing and having drinks outside in the gorgeous weather.” If they sold tickets to their Nochella next year, I would hand over my ducats before you could say "You're doing amazing, sweetie."

And yes, as a matter of fact, they did kindly take a photo of the gathering for posterity. Talk about a picture that is worth a thousand martinis.

And after Kyle's home was burgled in 2017? Kris helped Kyle replace the very bag she bought when they went shopping in Cannes together. The RHOBH star told Fashionista,

"I had just bought it in Cannes with Kris Jenner. We woke up in the morning and went to Hermès. And I was so excited about it; it was electric pink and they stole that, Kris was like, 'Don't worry, we're gonna find another one!' She found it, too, she found it in Paris."

Kris is the MVP: the most valuable pursefinder.

Suffice to say, Kris and Kyle's bond runs deep, and it's been running deep for many moons. "I have photos of Kris coming to my baby shower when I was pregnant with Alexia,” said Richards said in the aforementioned interview. “We’ve known each other for a long time!”

They were pals long before they were reality stars. Not only have Kris and Kyle been friends forever, but the Kardashian-Jenner family and the Hilton-Richards family go waaaay back, too. In a 2017 interview with New Zealand radio station the Edge, Kyle chatted about her friendship with the matriarch of the Kardashian-Jenner family. According to Bravo’s the Daily Dish, Kyle said,

“I’ve known Kris for so many years, forever, when all the kids were babies and my nieces Paris and Nicky were friends with Kim and Khloé and Kourtney. So I've known them forever and it's nice to have friends we've known each other before all this — before I was a Housewife and before Keeping Up with the Kardashians and all that. So we just love to hang out and laugh."

If their friendship ever goes the way of Kyle and Lisa Vanderpump's friendship, I don't know what I'll do.