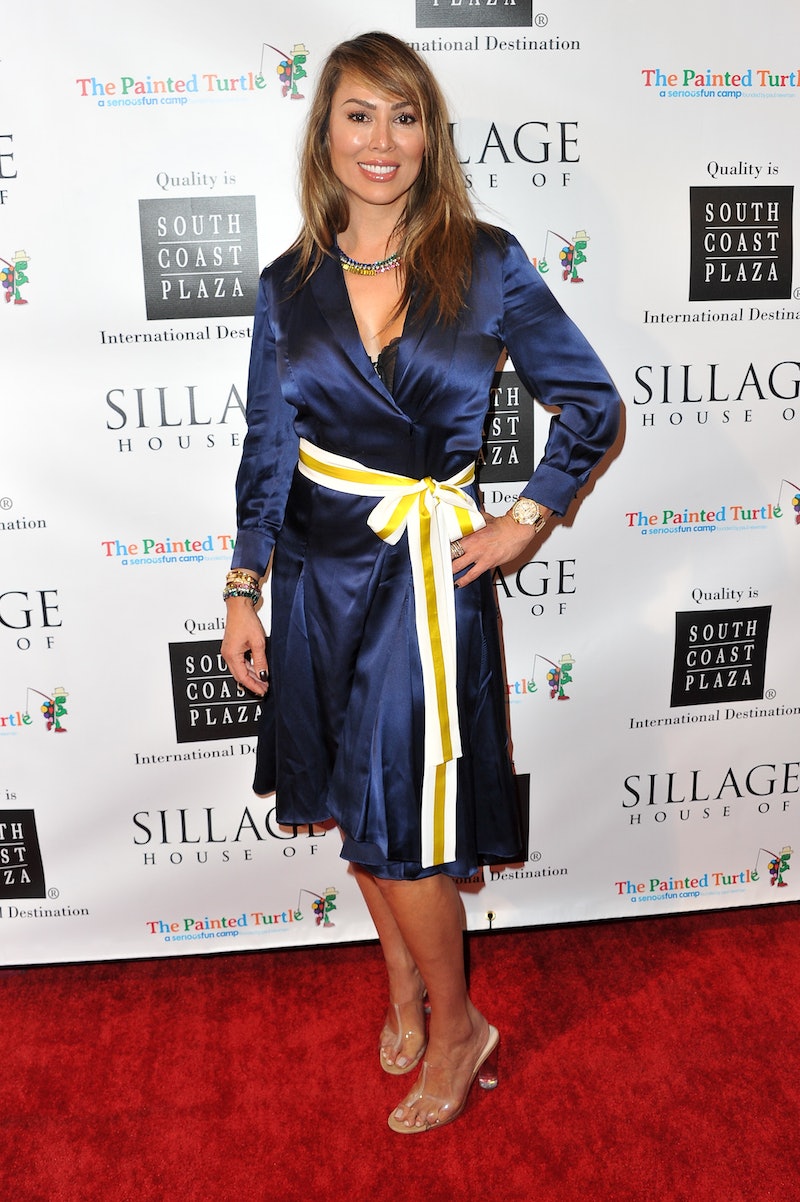 Call relationship status update control, because there's a relationship status change loose in the O.C. (It doesn't quite have the same ring as Kelly Dodd's Season 13 tagline, does it?) The Real Housewives of Orange County star Kelly Dodd confirmed she’s in a relationship with a guy named Brian Reagan. On Sunday, she uploaded a picture she took with her boyfriend while they were in her hometown of Scottsdale, Ariz. “No mystery man here the same one it’s been for awhile.. showing him my ole stomping grounds in Scottsdale,” Kelly wrote.

Kelly and this non-mystery man have been in a relationship since the end of 2018. As Bravo’s The Daily Dish noted, Kelly hopped on Instagram Stories before the New Year and told her followers that her boyfriend seemingly broke up with her. In one of the IG Stories, RHOC co-star Gina Kirschenheiter tells Kelly she was not actually dumped, but Kelly's not having any of it. She does not say the name of the dude who apparently broke things off with her right before 2019, but according to OK! magazine, Kelly makes a comment to Gina that implies the guy in question is a plastic surgeon.

And what do you know? Reagan just so happens to be a plastic surgeon. Yes, Dr. Brian Reagan is indeed the very plastic surgeon that Kelly posted about on Instagram right before the end of last year, and no, Kelly apparently was not dumped after all. Another point for Gina, one of the two new OC Housewives who aren't afraid to call it like they see it. (Hey, Bravo? Please keep Gina and Emily Simpson around for another round.)

Rather than let us fall into a wormhole of speculation and guessing games, Kelly, generous Bravolebrity that she is, kindly headed on over to the comment section to answer fans' questions and set the record straight regarding the whole non-breakup that happened at some point before New Year's Eve. In some of her replies, she confirms Reagan is in fact the dude who she thought dumped her all those days ago. She also calls him her boyfriend and says he might be on the next season of RHOC. “He couldn’t stay away,” she wrote in one response. In another, she said, “Nope never dumped just a misunderstanding.”

As E! News reported in Sept. 2017, Kelly and Michael Dodd split up after being together for 11 years. Kelly announced on Twitter on February 23, 2018 that the divorce was final. And for the next several months, she, as we saw on RHOC Season 13, happily played the field. Sure, the OC Housewife has been linked to some gents since her divorce was made official, but by all accounts, she's been keeping things pretty casual. She told Entertainment Tonight in November 2018 that she was “very single,” but it looks like her relationship status is now very not single.

So, there you have it. Kelly Dodd was not only not dumped, but she seems to be very happy in her new relationship. It looks like 2019 is already Kelly's for the, as one of her co-stars would say, whooping it up.