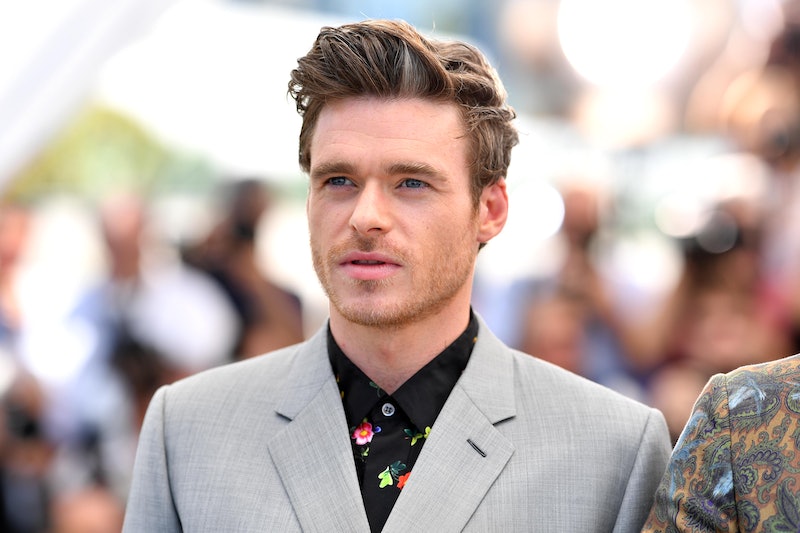 Madden landed the role of the honorable Robb Stark right after graduating from drama school, and starred in the show's now-infamous original pilot, which never made it to air. Instead, as part of the producers' attempts to work out the issues with their first attempt at adapting George R.R. Martin's books, most of the actors were recast between the pilot and the premiere on HBO. Seeing so many of his costars be replaced taught Madden that "you’ve got to bring your best to this show, because it’s going to go on with or without you."

In addition to teaching him to always bring his A-Game to every role, working on Game of Thrones also inspired Madden to branch out in terms of the parts he's played since Robb's violent departure from Westeros. "I’m so used to playing the good guy that bad things happen to," Madden said, referencing both Robb and his Bodyguard character, David Budd.

As a result, when the chance to play John Reid — Elton John's former manager and one-time partner — in Rocketman, he jumped at the chance to play a character with more murky morals. "I was interested in playing a slightly darker character, with different motivations to him," Madden explained, later adding that while Reid comes off as confident and charming onscreen, the actor was actually terrified behind the scenes.

"You have to summon the strength to try and fake [confidence]," he told the Times, before noting that he played the character as "a big bluffer" in order to help him hide how nervous he was to take on such a different role. "That echoed me on set, trying to be the cool character but actually panicking underneath," Madden said.

The actor's hesitance about his career has been there since Game of Thrones first premiered back in 2011, as Madden didn't expect the fantasy saga to become a worldwide phenomenon. "I thought it would just be like a niche, cult show," Madden said. "I didn’t think it was going to be, like 'Game of Thrones.'"

Despite being part of the biggest show in the world, Madden didn't follow the final season of Thrones as it aired; in fact, reporter Kyle Buchanan tweeted that when he interviewed Madden for the Times the day before the finale aired, the actor was still several episodes behind. "I have heard some things about Daenerys," he said, "that I’d rather not know."

On May 23, during an appearance on Good Morning America, Madden confessed that while he still hadn't watched the finale, he did know that his onscreen younger brother, Bran had become the new King of the Six Kingdoms. "I've been busy running about doing things, I haven't had the chance to," Madden said. After being asked about Bran's new title, though, the actor said he was surprised to hear how things shook out: "I'll have to watch it now to see how he ended up there."

It seems that even though Madden hasn't appeared on Game of Thrones in years — and the show itself has now officially come to an end — the fantasy saga will always be a major part of his life and career.

More like this
Rupert Grint Just Shared A *Major* Update About Ron Weasley’s Future
By El Hunt
'Abbott Elementary' Fans Probably Missed This 'Parent Trap' Easter Egg
By Sam Ramsden
This 'Gossip Girl' Wardrobe Error Has Gone Viral On TikTok
By Alyssa Lapid
'GoT' Star Emilia Clarke Says She "Just Can't" Watch 'House Of The Dragon'
By Brad Witter
Get Even More From Bustle — Sign Up For The Newsletter
From hair trends to relationship advice, our daily newsletter has everything you need to sound like a person who’s on TikTok, even if you aren’t.