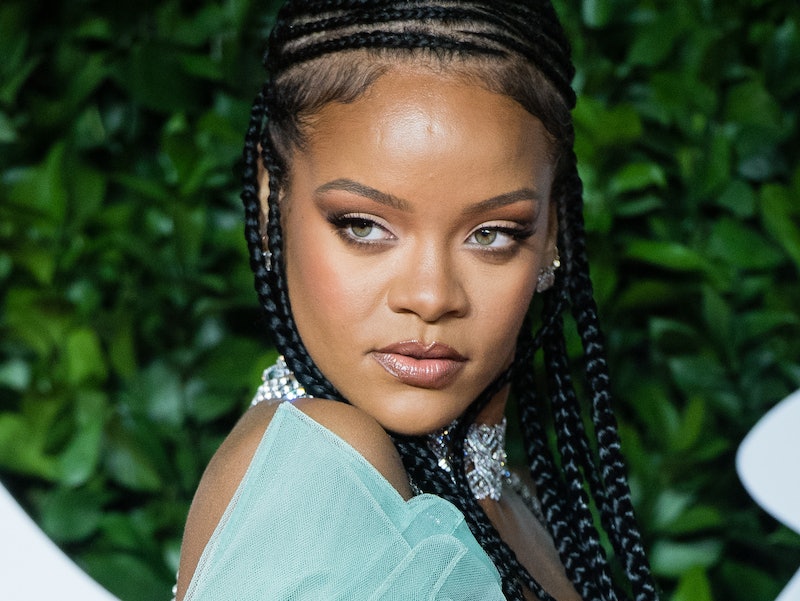 Is RiRi going MIA? After teasing her long-anticipated ninth studio album, Rihanna joked she's hiding "from the Navy," aka her most devoted fans. The remark appeared in the comments section of a Friday, Dec. 27 Instagram post from the singer's mom, Monica Fenty. The matriarch had shared a photo of four teddy bears, each with a heart sporting the name of one family member, and one follower pointed out the Robyn (Rihanna's real name) bear is "hiding behind a hat." (Her brothers Rajad and Rorrey were represented in the picture as well.)

Within 24 hours, her comment had racked up more than 100 replies from fans, who are eagerly awaiting the release of Rihanna's new album, for now nicknamed R9. "I'm sure it's R9 under that hat. Come on, confess," wrote one user. Others doubled down on their belief she will release R9 as a surprise before the end of the year. Added one follower, "December 31 is in four days mama.... we better get something."

Rihanna, who hasn't dropped an album since 2016's Anti, seems to be enjoying playing with fans' emotions, however. In a Dec. 22 Instagram video post, the nine-time Grammy winner shared an "update," trolling her fans that she was "listening to R9 by [herself] and refusing to release it." The clip showed a small dog nodding its head to the 1989 House of Pain song, "Jump Around."

In a June 2019 sit-down with actor Sarah Paulson for Interview magazine, Rihanna seemed to share her Navy's pain, saying, "It really does suck that it can't just come out, because I'm working on a really fun one right now." The Fenty Beauty founder added that she was "really happy with a lot of the material," but would put out the album "until it's complete." Four months later, she did share in Vogue's November cover story that R9 would be "reggae-inspired."

Also in November, Rihanna posted an IG selfie, along with an apology for potentially being neglectful of loved ones and business associates. "To all my friends/family/coworkers who I have yet to get back to in the past months...please forgive me," Rihanna captioned her post. "This year has been quite an overwhelming one, and I’m working on that ish called Balance. brb."

Her need to take a breather is certainly understandable. With a highly successful line of beauty products, Savage x Fenty lingerie, and an acting career, among other projects, she's had a full plate in 2019. With the Rihanna Navy clamoring for new music, however, the singer likely won't be able to rest until she gives the people what they want.