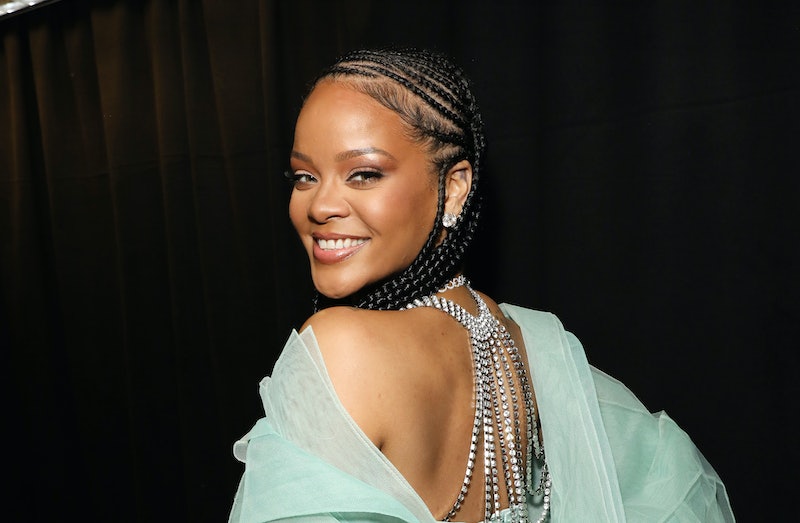 While the world impatiently waits for an album drop from Rhianna, she’s busy teasing and clapping back to users on social media. When one of her fans recently commented on her barely-visible pimple in an Instagram selfie, she couldn't help but leave a reply. And of course, it was hilarious.

The 31-year old multifaceted mogul took to Instagram to share a photo with her 78 million followers. The caption read: “first selfie of the year doe. #2020” in which she’s bare faced, with a black hoodie on and her hair in luscious cainrows.

After the photo was posted, one fan took it upon themselves to comment, "Let me pop your pimple." Not being one to let a comment like that slide, Rihanna replied: “Let her have her shine PLEASE.”

To be fair, this is probably the mildest retort ever from Rih Rih. In the past, she has never been shy of clapping back on social media. In her golden era, circa 2013, literally, nobody was safe from her hilariously sharp tongue and if you said something silly, she was more than happy to make you look the fool.

I mean, who knew the barely-there spot on her skin, could cause so much ruckus? In some respects, a celeb of Rihanna’s status could have easily edited out the blemish, or being the owner of a makeup brand, covered it up with her own Pro Filt’r Instant Retouch Concealer, but she didn’t. Spots are normal, everyone gets them and to be honest, it’s just not that deep.

True fans were far more concerned about the release of Rihanna's new album than skin blemishes, with basically every other comment on the photo pleading with her to release R9, the reported name of her next project.

Rihanna has been sending fans up the wall with anticipation, it’s been four years since her last album Anti dropped in 2016 and the world is gagging for more. To be fair, she's been a bit busy with a makeup range, a lingerie line and a fashion house.

Rihanna recently teased her deprived fans further when she uploaded a video of a dog listening to music with the caption, “Update: me listening to R9 by myself and refusing to release it.”

More like this
Harry Styles Just Split His Pants In Jennifer Aniston’s Face
By Sam Ramsden
What Really Happened Between Lea Michele & Sadie Sink On 'The Tonight Show'
By El Hunt
This Pre-'Love Island' Video Of Olivia & Zara Together Changes Everything
By Bustle UK
New Details About Jeremy Renner's Snowplow Accident Reveal The Actor's Intentions
By Sam Ramsden
Get The Very Best Of Bustle/UK
Sign up for Bustle UK's twice-weekly newsletter, featuring the latest must-watch TV, moving personal stories, and expert advice on the hottest viral buys.