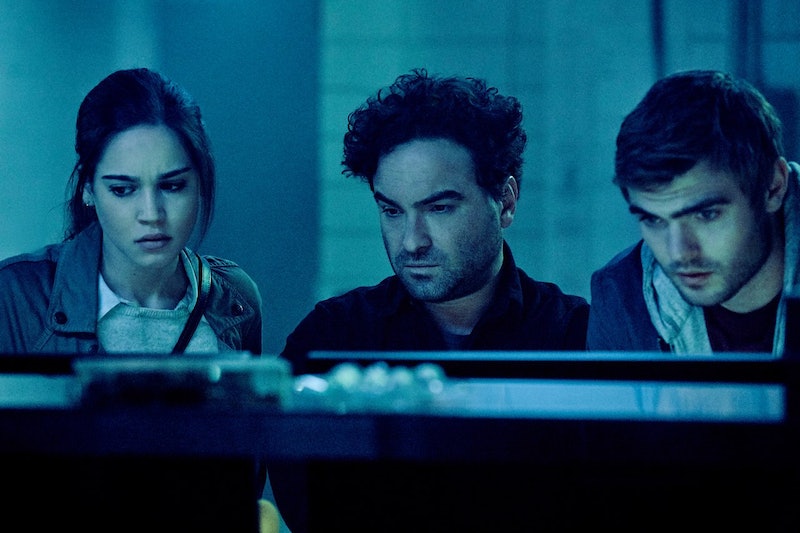 When I think of horror movie franchises, I generally think of those series that have a ridiculous number of entries, like the nine part A Nightmare on Elm Street franchise, the ten part Halloween series, or the twelve part saga of Friday the 13th. I generally don't think of The Ring, but maybe I should. 2002's The Ring, itself a remake of a Japanese film, inspired a sequel in 2005. Then, for over a decade, the franchise lay dormant (at least in the U.S.), but now it's finally back with a new entry: Rings. The question is, though, is Rings a sequel?

It is indeed. While originally thought to be a prequel or a reboot, the scary new film actually picks up 13 years after the events of The Ring, as revealed in a tweet by the movie's director F. Javier Gutierrez when filming began in 2015, which happened to be exactly 13 years after The Ring was released. All of the chaos caused by restless spirit Samara in the first two films happened in the world of this new movie, but that doesn't mean you'll be seeing many — if any — of the original cast in Rings. Original series stars like Naomi Watts and David Dorfman are not featured in the new film, nor is anyone else from the movies to the best of my knowledge. The only returning character I can confirm is Samara, but even she will be portrayed by a new actor (Bonnie Morgan). So what is Rings even about?

Even though the movie is a sequel, it's more focused on exploring the mythology surrounding Samara and her deadly video than continuing the story of the characters from the original two films. The new film stars Matilda Lutz as Julia, who watches the video after hearing about it from her boyfriend (and she watches it on her computer, not on VHS, though people in the movie still talk a lot about a "tape"). After viewing the film, instead of merely showing the usual signs that she's going to die in seven days, Julia also shows signs of a transformation — suggesting that she may become Samara. Check out the trailer below:

Although Rings is a sequel, you'll probably be OK watching it even if you've never seen the first two films in the franchise. It picks up after such a long period of time that it's unlikely the movie will expect you to remember any details from the originals. Plus, it will definitely be scarier if you don't know what you're getting into.