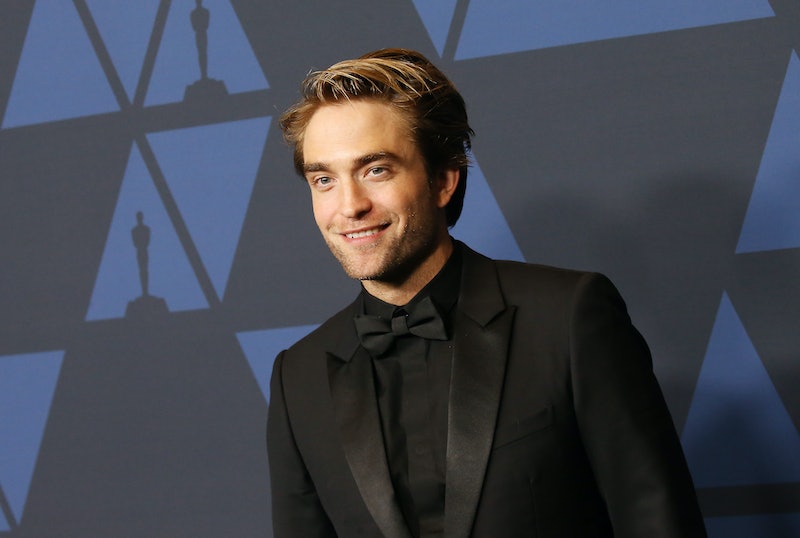 The city of Gotham is officially on lockdown. With concerns over the novel coronavirus (COVID-19) continuing to grow across the world, The Hollywood Reporter confirmed on Saturday, March 14 that Warner Bros. is suspending production on Robert Pattinson's The Batman in order to ensure that the film's cast and crew remains healthy. "Warner Bros. Pictures feature production of The Batman will hiatus filming for two weeks beginning today," the studio said in a statement to THR, adding that they "will continue to monitor the situation closely."

The Batman began filming in London back in January, and Warner Bros. was planning to move production to Liverpool, England, within the news few weeks, before the studio decided to shut down production. It's unclear whether the delay will affect the movie's planned release date in June 2021. Warner Bros.' decision comes in the wake of several other studios — including Disney, Sony and Marvel — suspending production on some of their own blockbuster films due to COVID-19 concerns.

Thus far, Warner Bros. has kept a lot of details about The Batman under wraps, though director Matt Reeves shared a look at the newer, sleeker Batmobile on social media, as well as Pattinson's revamped Batman costume in early March. According to comicbook.com, both the car and costume's new look are part of Reeves' attempt to tell a "more realistic" version of Bruce Wayne's story, focusing on his "earlier years as a vigilante fighting crime in Gotham City."

Back in November, Pattinson revealed that the more realistic take on Batman's story is what drew him to the film in the first place. During a conversation with Jennifer Lopez for Variety's "Actors on Actors" series, he said, "I have no interest whatsoever in playing someone who’s heroic. The only time I want to play someone who an audience knows they’re supposed to like is when they really shouldn’t like them. That’s the only time."

While he admitted that playing the legendary comic book character might seem like a strange choice for an actor who has built a career on playing odd characters in indie movies, Pattinson explained he was drawn the Bruce Wayne's dark side. "He’s a very troubled person," the actor said. "I always found it interesting that Batman is always struggling a little bit, especially in some iterations of the story. He doesn’t know if he’s that great or not, and that’s kind of interesting."

In a January interview with Empire, Pattinson revealed that he is excited to do "crazy stuff" with the iconic character as part of Reeves' new take. "I want to push it as far as it possibly can go," he said. "And I think Matt Reeves does as well. You can do crazy stuff with that part." He also revealed that The Batman's dark new look at Bruce's vigilante days will come with an appropriately intense rating: "As soon as you make something an R-rated movie, you’re freed up to do so much stuff,

Pattinson will be joined by Paul Dano as Riddler, Colin Farrell as the Penguin, Jeffrey Wright as Commissioner Gordon, and Andy Serkis as Alfred, as well as Zoë Kravitz, who will play Selena Kyle — a.k.a. Catwoman. "Zoë's great and I've known her for years and years and years," Pattinson told Entertainment Tonight in October about her casting. "I've been friends with her for like ten years and she's brilliant." Hopefully, fans will get to see her "brilliant" take on the iconic character soon.