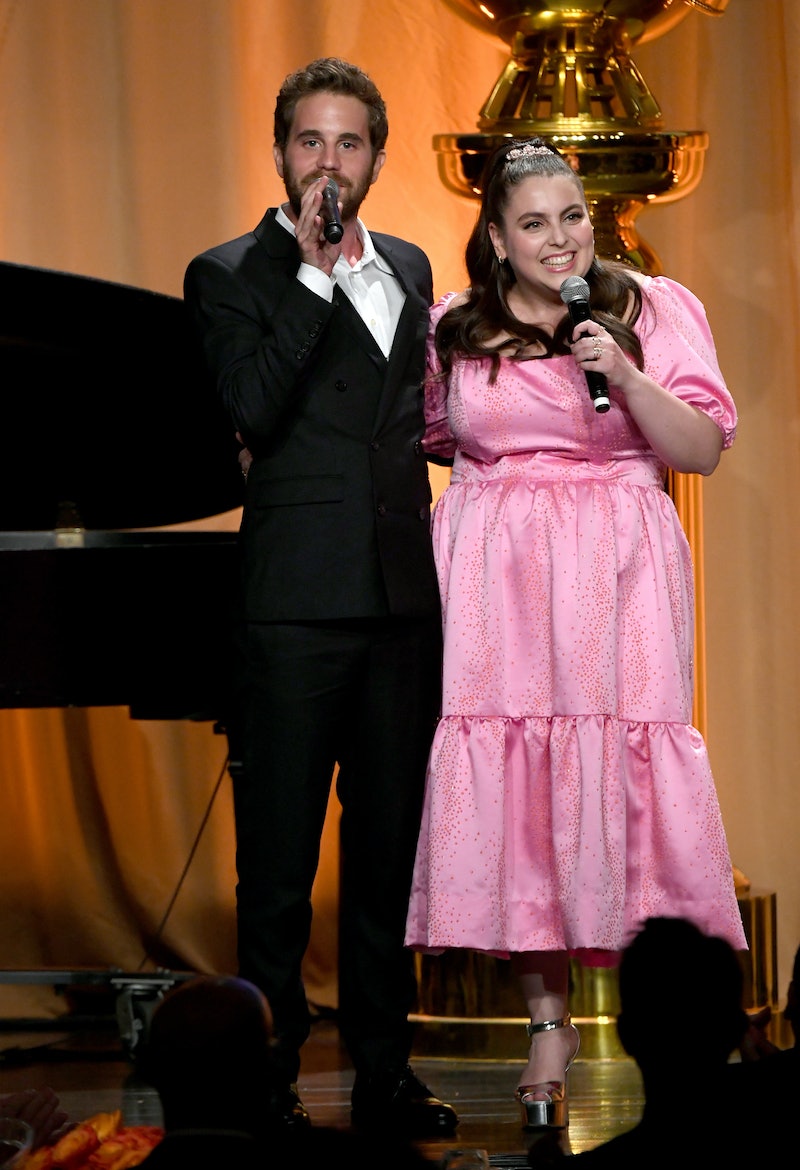 It's been five years since the final episode of Glee aired, but the show's creator is thinking it might be time to start from the top one more time. On Thursday, May 21, Ryan Murphy pitched a Glee reboot starring Ben Platt and Beanie Feldstein to his Instagram followers, reimagining the show with a brand new set of characters. While Murphy didn't explain what inspired him to rethink the pilot of his most famous TV series, his post did come eight hours after he praised Platt's Netflix concert film on Instagram.

"Imagine it's 2009, and I lived in a world where I knew Lea Michele, Ben Platt and Beanie Feldstein," Murphy began his post, noting that at the time, Platt and Feldstein were high school students and not the accomplished actors they are today. "Here's the new pilot: Lea and Ben are frenemies who fight for the heart and soul of Glee Club." (It's unclear whether or not Michele would still be playing Rachel Berry, or a brand new character in this reimagined pilot.)

"Ben is also on the football team, and pretty much sleeps with the entire school and is the heartthrob of McKinley [High]," Murphy continued. "Beanie is their mutual best friend, and torn. Suddenly, Beanie joins forces with Sue Sylvester, joins Glee Club and becomes the main soloist and the ruthless star of the club. Lea and Ben have to then join forces to dethrone her."

Murphy ended his post by revealing that his proposed Glee reboot could actually become a reality: "I WANT TO SHOOT THIS DO OVER PILOT," he wrote. before teasing, "Maybe I will?" Of course, filming will likely have to wait until after Michele — who is currently expecting her first child — gives birth and the coronavirus pandemic is over, but its possible Murphy really will bring his reimagined pilot to the screen one day.

Still, Murphy's hypothetical Glee reboot isn't the only chance that fans will have to see Platt and Feldstein share the screen; in August 2019, The Hollywood Reporter announced that the pair will star in a big screen adaptation of the musical Merrily We Roll Along. According to the outlet, the movie (based on the Stephen Sondheim musical of the same name) will be filmed over the course of 20 years, and chronicle the life, career and friendships of three theater personalities.

Feldstein recently told Broadway.com that she and Platt are excited to bring their real-life friendship to the big screen. "What I can say is that I think what Ben and I have is beyond friendship, honestly," she told the outlet. "It's like a soulmate connection. We're like twins separated at birth or something." Maybe, if Gleeks everywhere are lucky enough, they'll bring that friendship to Murphy's dream Glee reboot.

More like this
The 'Glee' Cast Isn’t Happy About 'The Price Of Glee'
By Jake Viswanath
Ashton Kutcher Wants Danny Masterson “To Be Found Innocent” In Rape Retrial
By Jake Viswanath
'Abbott Elementary' Fans Probably Missed This 'Parent Trap' Easter Egg
By Sam Ramsden
At 28, Debra Jo Rupp Was Living A Much Different '70s Show
By Grace Wehniainen
Get Even More From Bustle — Sign Up For The Newsletter
From hair trends to relationship advice, our daily newsletter has everything you need to sound like a person who’s on TikTok, even if you aren’t.