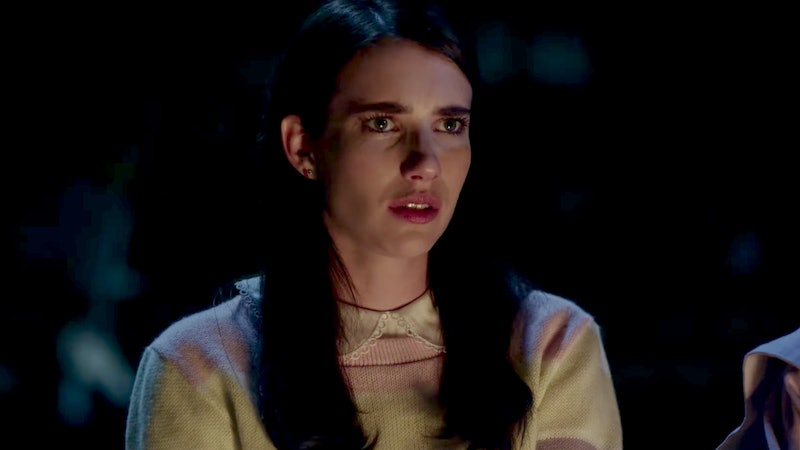 The horror stories will continue for a long, long time if Ryan Murphy gets his way. As American Horror Story gears up for its tenth season — the show's final contracted season with FX — its creator is thinking much bigger. Murphy wants AHS to go for 20 seasons, despite reports that it could end with Season 10.

Following the AHS: 1984 finale, Murphy talked to Deadline about the future of the series, which looks especially bright. That's because John Landgraf, Chairman of FX Network and FX Productions, is a big fan of the show. "Look, John Landgraf has always been incredibly honorable about American Horror Story and he would obviously like to keep it going, and I’d like to keep it going," Murphy said. "We’re in the middle of negotiations about beyond Season 10. We have had conversations about the show going 20 seasons."

Will those conversations lead to something in writing? Murphy isn't sure, but he seems to have a Plan B should FX decide they're no longer interested. "If John for some reason said, ‘We don’t want to make this anymore’, would I call up Netflix? Yes," said Murphy, who has a production deal with Netflix that has already led to the creation of The Politician. Back in June, it was also announced that he's turning the Broadway musical Prom into a movie starring Ariana Grande and Meryl Streep. "But [Landgraf has] only ever expressed love and enthusiasm and he wants to keep it going," Murphy told Deadline. "We’re both very proud of it."

Murphy went on to say AHS is one of FX's most successful shows, with 96 Emmy nominations over eight seasons. "It’s one of the most awarded and lauded shows of that network. I have every good intention of it staying there and I think he does too," Murphy said. "We’re talking about it. We’re trying to figure it out."

This isn't the first time Murphy has talked about there being no real end in sight for AHS. Last month, Murphy told Variety, that "the tenth is the last season that’s ordered but John [Landgraf] and I said around Season 5, this is something that is so beloved that maybe it could keep on going." At the time, he said he still had "an appetite" to do the show "as long as John wants to do it. So, we have been talking about should we end it? Or should we keep moving forward? But I hope we can move forward.”

For now, Murphy is moving forward with Season 10, which he teased will bring back some AHS fan-favorites.