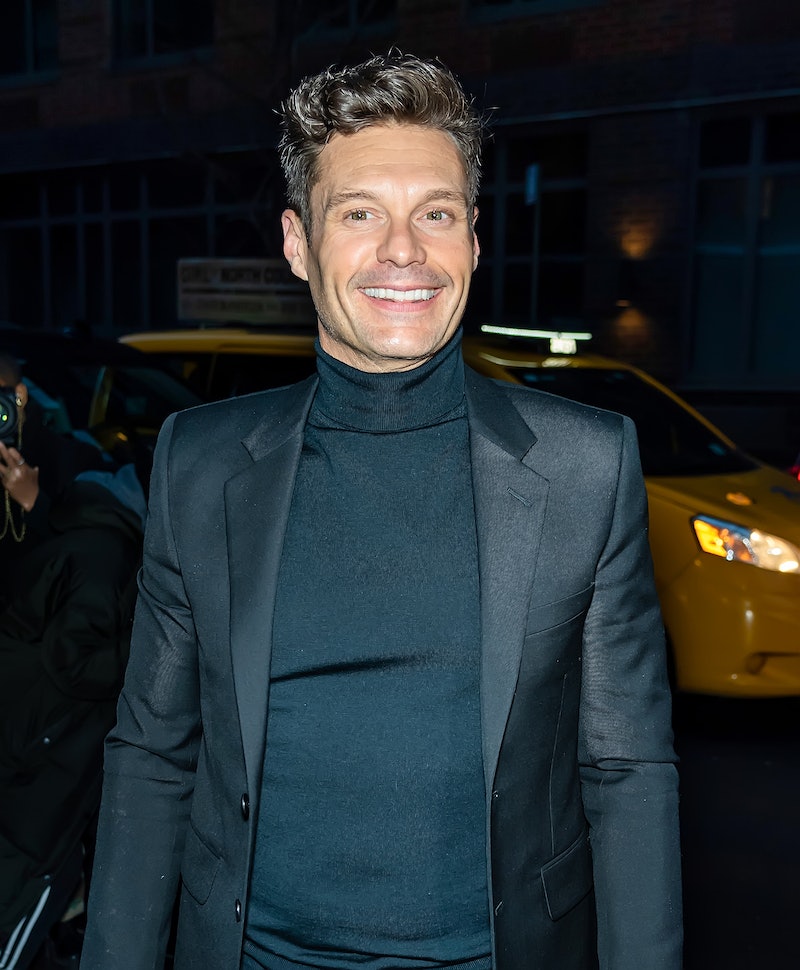 This season of American Idol may be over, but its host is now back to being his well-rested self. After sparking concern from fans during the American Idol finale, Ryan Seacrest has returned to TV to cohost Live With Kelly and Ryan on Tuesday, May 19, after taking a much-needed day off on Monday due to exhaustion. “I want to thank Mark [Consuelos] for filling in yesterday,” Seacrest told Ripa at the start of the show. “He’s so good at it! Also, all the very kind well-wishes for my exhaustion, working around the clock.”

The Idol host garnered a great deal of attention during Sunday night's virtual finale after several fans on social media suggested that he was showing symptoms of a stroke. Seacrest appeared to fumble his words and one of his eyes appeared slightly swollen, further fueling viewers' concerns. He was also noticeably absent during Monday's at-home taping of Live — though Ripa explained his absence by noting that “Ryan worked late last night on American Idol, so he’s taking the morning off."

Since then, Seacrest's rep has addressed the rumors that he suffered a stroke on air. "Ryan did not have any kind of stroke last night," the rep said in a statement to People. "Like many people right now, Ryan is adjusting to the new normal and finding work-home balance, with the added stress of having to put on live shows from home." The rep added: "Between Live With Kelly and Ryan, American Idol, On Air With Ryan Seacrest, and the Disney Family Singalong specials, he has been juggling three to four on-air jobs over the last few weeks and he’s in need of rest. So today he took a well-deserved day off."

Thankfully, Seacrest seems to have recovered from his temporary exhaustion and is back to business as usual, though he did not directly comment on the speculation surrounding his health. Perhaps having an extra day off really was all he needed to get back on track and return to his old self. Adjusting to this new normal in the wake of the coronavirus outbreak has been a struggle for everyone and celebrities are no exception to that rule. But as you can see, not even a pandemic can keep Seacrest down for long.

More like this
Everything To Know About 'The Real Housewives Ultimate Girls Trip' Season 4
By Jake Viswanath
Andy Cohen Apologized To Larsa Pippen After A 'RHOM' Season 5 Reunion Dust-Up
By Brad Witter
'Bachelorette' Vet Clare Crawley Unveiled 2 Special Wedding Day Accessories
By Stephanie Topacio Long
'Bling Empire: New York' Star Nam Laks Is The “Blair Waldorf Of Thailand”
By Alyssa Lapid
Get Even More From Bustle — Sign Up For The Newsletter
From hair trends to relationship advice, our daily newsletter has everything you need to sound like a person who’s on TikTok, even if you aren’t.