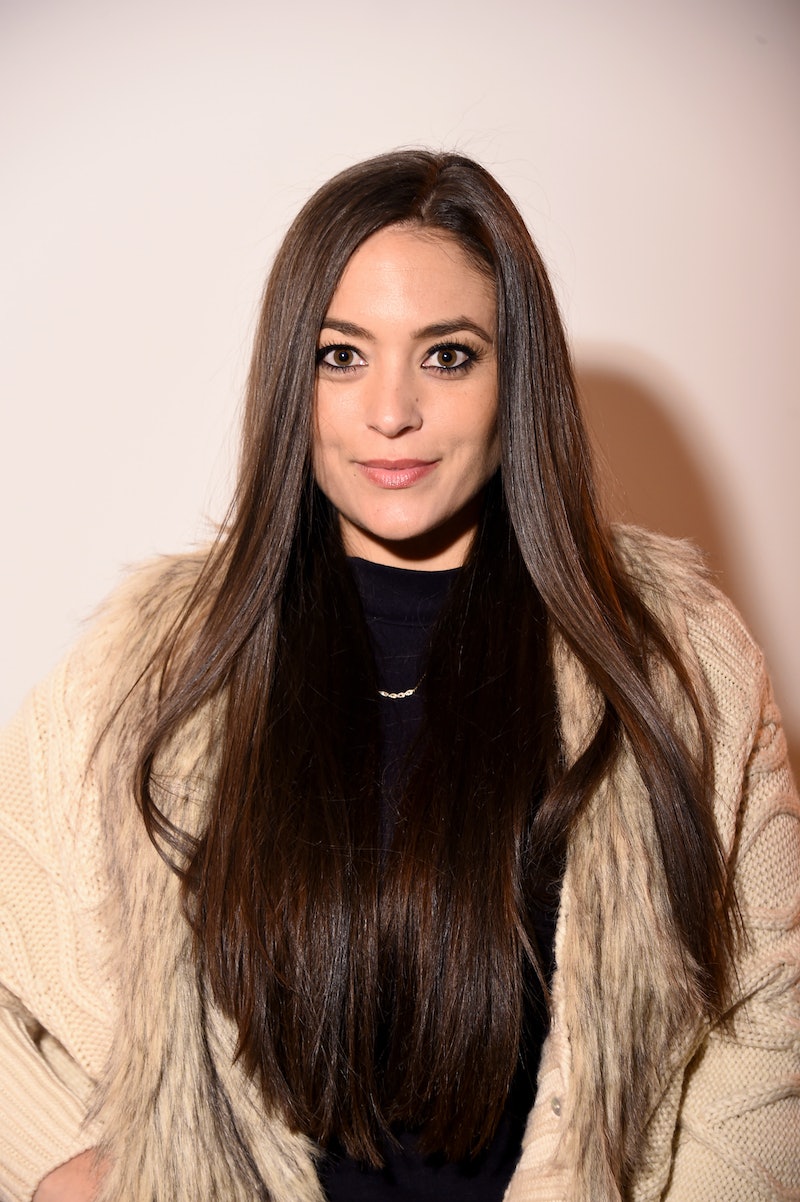 Congratulations are in order for one former fist-pumping star. According to E! News, Sammi '"Sweetheart" Giancola from Jersey Shore just got engaged, and her reality TV family couldn't be more excited. Giancola recently posted the happy news to her Instagram page, alongside a photo of the moment her boyfriend proposed.

"I’m completely overwhelmed with happiness," she wrote on March 5. "Yesterday was the best day of my life! I get to marry my other half, best friend and soulmate ... I look forward to spending the rest of my life with you @_biscardi I love you!! #Fiance#MrsBiscardi #Stillcryingtearsofhappiness."

Giancola and her now-fiancé, Christian Biscardi, have been dating for two years, E! News reported. In addition to posting their engagement pic on his own account, Biscardi chimed in on his future wife's announcement as well. "I love you and I'm equally thrilled that no one is going to tell me to put a ring on it 76,000 times a day," he joked, likely alluding to Giancola putting pressure on him to tie the knot.

Nicole “Snooki” Polizzi expressed her excitement on both Giancola and Biscardi's Instagram post, and she might be the most thrilled of them all. "OMG IM SCREAMING SAMANTHA I LOVE YOU!!" Polizzi wrote on Giancola's pic. "You deserve the world and i love him!!" On Biscardi's page, the soon-to-be mom-of-three added, "OBSESSED so happy for you two!"

Giancola and Biscardi aren't just partners in love, though, they're partners in business, too. The couple co-founded a fitness brand called The Strength Spot at the beginning of last year, which they announced via an Instagram post on their new company's page.

The goal of The Strength Spot, as per the pic's caption, is "to educate, motivate, and inspire anyone that we can to lead a healthy lifestyle in order to improve all facets of your life." Currently, the page has more than 11,000 followers, so it seems like their business is definitely taking off.

After having appeared on Jersey Shore since its inception, in March 2018, Giancola announced that she wouldn't be returning for Jersey Shore: Family Vacation. She explained her reasoning for skipping the reunion via a lengthy post on her Instagram page, writing, "I am at a completely different place in my life right now focusing on my business and relationship."

At the time, many fans voiced their disappointment that Giancola wouldn't be back with the rest of the crew. Now, though, it seems as if her decision to not participate was the right one. Both of the things that she wanted to focus on instead of the show — her business and her relationship — are clearly thriving. And that's definitely worth fist-pumping for.