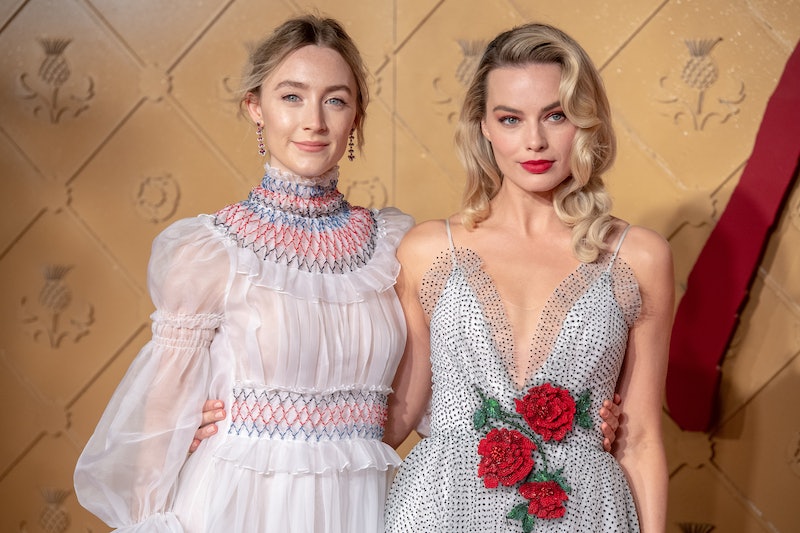 I just thought of an oral sex pun, I hope it goes down well. It seems like it did for Mary Queen of Scots, played her Saoirse Ronan, in her new biopic, anyway. Anticipation for the film, which sees Ronan acting as Mary alongside Margot Robbie as Mary's cousin, Elizabeth I, had been growing all year. It just came to the UK recently, and a certain scene has got the nation's tongues wagging. In one rather steamy moment, viewers got confirmation that yes, queens deserve pleasure too. But Saoirse Ronan's comments on Mary's oral sex scene point to the very important — and very feminist — motivation behind the scene.

Thrillist recently called the scene "one of the more surprising sex scenes of the year," and well, fair enough. In amongst the gritty political drama, midway through the film there's a very brazen oral sex scene between Mary and her soon to be hubby, Lord Henry Darnley, played by Jack Lowden.

In a recent interview with Refinery29, published on Dec. 7, Ronan said that "It was so important to see this young girl experience this pleasure, probably for the first time, and have that be a real sort of revelation." The scene gave more humanity to the historical figure, since as Ronan says, "It’s not to perform her duty, it’s not to give anything back to anyone else or to the state. It’s for her."

The film's director, Josie Rourke, recently told Metro.co.uk that the scene was a pure vision of the female gaze. Some viewers questioned why nothing was seen down the business end, but as she told Metro.co.uk:

"I thought very carefully about that scene and it was nothing to do with the rating, it was to do with wanting to see the pleasure she is receiving and wanting to show that from a female gaze point of view."