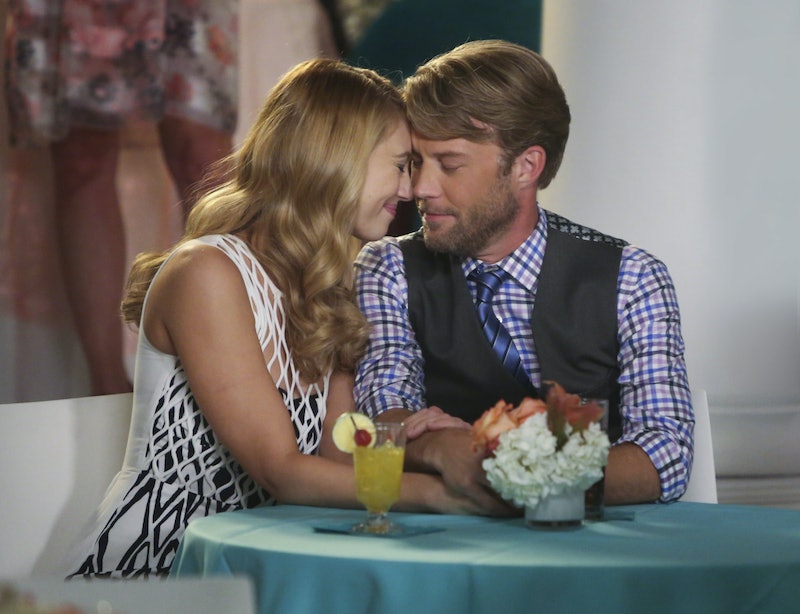 Typically, when your sister gets married, you'd be happy about it. Unfortunately, that's not going to be the case for Petra when she finds out that Anezka married Scott on Jane the Virgin. Not only did Petra demand that her twin sister leave the country after Anezka kept her paralyzed for months, but Scott is seeking to ruin Petra and Rafael financially. While Petra is certainly no angel, she does not deserve to be brought down by her sister (for a second time no less!), so Rafael and Petra are going to need to join forces to stop these newlyweds.

Jane the Virgin loves mistaken identities and secret twins and The CW show is certainly getting its money's worth out of Petra and Anezka. For example, in "Chapter 52," it appeared that Petra had tricked Scott into thinking she was Anezka, but in "Chapter 53," it was revealed that Scott was tricking Petra by pretending he didn't know where Anezka was. Thankfully, Anezka has that tattoo on her forehead so that when a sister showdown inevitably occurs, people should be able to distinguish between them. But right now, Anezka is laying low while her new husband Scott does what he does best — be a jerk.

Although it seemed like Petra had officially turned on Rafael, she was really dealing with post-traumatic stress from her time in paralysis. Thanks to Catalina (of all people!), Rafael learned that Petra was spying on him and it led to the most dysfunctional couple of all-time to make amends. Petra promised to go to therapy, as long as Rafael promised to not bring up the addendum to his father's will that would leave him with no inheritance.

Yet, while Petra thinks she destroyed the addendum, Scott got his hands on it and plans to use it against Rafael and Petra. When it comes to scheming, Rafael and Petra have proven to be a pretty indomitable force, so I'm thinking that they will be able to defeat Scott eventually — but not after some blackmail attempts. And while Anezka has hurt Petra before, she does seem to truly love her sister (in her own super dysfunctional way), so she may even go against her hubby if it meant winning back her beautiful sister's affections.

While I am slightly concerned for Rafael and Petra since they are in the dark about Scott and Anezka, the real person everyone should be worried about is the woman who pitted Anezka and Petra against each other in the first place — Magda. Their mother was masterfully manipulating Anezka from inside jail, so there's a very good chance she'll come back to meddle in her daughters' affairs again. Maybe then these sisters can finally become allies to fight against their common enemy. Until that happens though, I guess I'll go back to rooting against Scott.