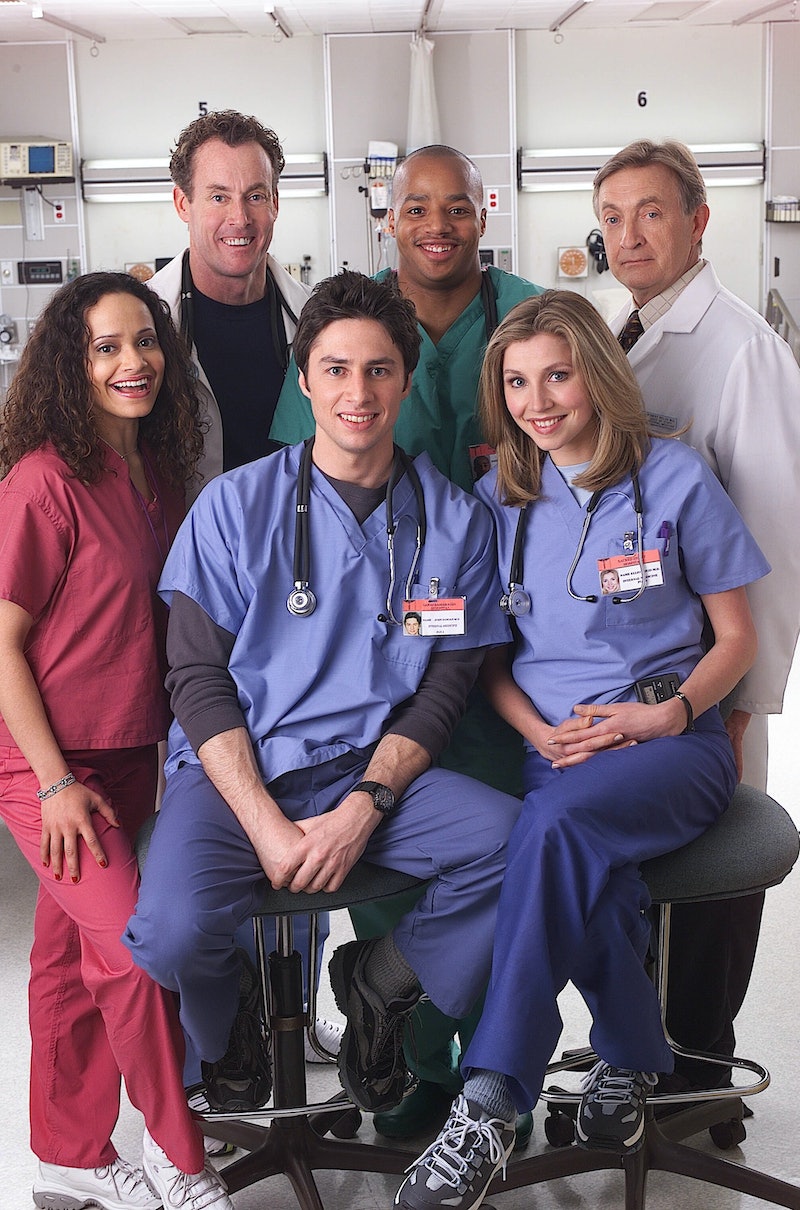 In a new episode of the Fake Doctors, Real Friends podcast, showrunner Bill Lawrence said the Scrubs episodes featuring blackface will "probably" be reedited and returned to Hulu and syndication at some point in the future, per TVLine. On June 24, Lawrence and ABC Studios asked for three episodes of the comedy — Season 3's "My Friend the Doctor" and Season 5's "My Jiggly Ball" and "My Chopped Liver" — to be removed from Hulu and syndication due to the show's depiction of blackface. And in Monday's episode of the podcast, the show's creator took responsibility for the scenes being included in the first place, and apologized to Scrubs' stars Donald Faison, Sarah Chalke, and Zach Braff for putting them in the position of filming the offensive scenes.

Speaking with Fake Doctors, Real Friends co-hosts Braff and Faison, Lawrence acknowledged that it was "ignorance" that led to blackface being included in Scrubs. "We almost thought that we had… a free pass to not have those thoughts [about the history of blackface] back then because we were so f*cking proud of ourselves for doing a very diverse show, in front of and behind the camera," he said. "It was almost a block of arrogance where we were like, 'We're so good at what we're portraying and doing and showing that we could never venture into muddy waters.' And even now, with that same ignorance, we never really connected the two of those things until now."

Since the episodes were removed, Lawrence shared that he has had some Scrubs fans ask why the episodes couldn't be reedited instead. It turns out the answer is pretty simple. "I said to one person, 'It's a pandemic. I don’t really have an editing facility up right now.' I'll probably do that, but the first thing I wanted to do was get them off TV because it bummed me out personally."

The offensive scenes that will have to be edited out include J.D. fantasizing about his perfect person (a combination of Turk and Elliot), which featured Chalke in blackface. In another one of the nixed episodes, J.D. and Turk show up to a party in blackface and whiteface respectively, leading to J.D. getting beaten up. It seems Lawrence is open to the episodes being restored to Hulu in the future after the instances of blackface are edited out, but for now, he believes what's most important is to acknowledge his mistakes.