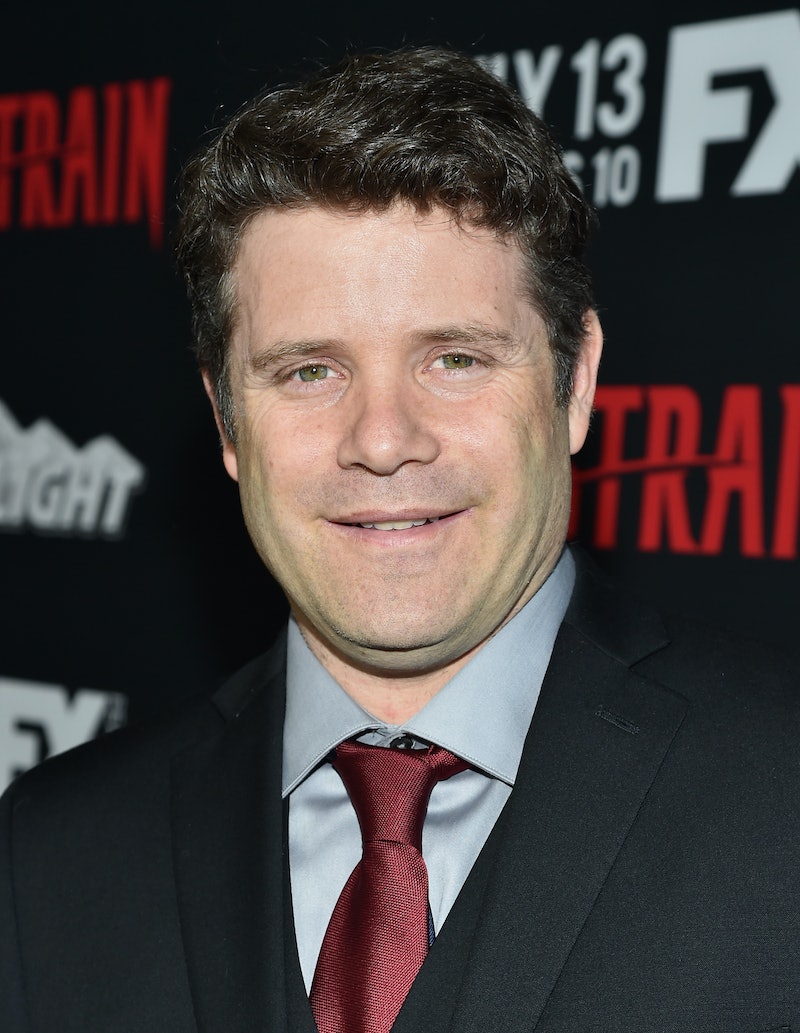 Thank goodness for fan conventions. According to Hollywood Life, during a panel on the Fan2Sea Comic Con cruise, it was revealed Sean Astin will play Joyce's boyfriend in Stranger Things Season 2. Winona Ryder's fellow '80s star is joining the cast as Bob Newby, a sweet guy who manages the local Hawkins Radio Shack. He, Joyce, and Hopper all went to high school together, and Hopper may not be entirely cool with Joyce and Bob's relationship.

While it was previously announced Astin had joined Season 2, details about his characters were scarce. Knowing he's playing Joyce's boyfriend adds a whole new layer of mystery to the character. Sure, he's supposed to be a nice guy, but anyone who gets close to the Byers family is immediately suspect. Not many people know the real story behind what happened to Will, which means letting anyone get too close could open the Byers up to more trouble.

As much as I would love to see The Goonies star ride off into the right-side-up sunset with Joyce, it is impossible not to wonder if Bob is who he says he is. Hopper was seemingly recruited by the people who experimented on Eleven at the end of Season 1, so it stands to reason Bob could be an agent too. His mild-mannered job could be hiding his true mission — to keep an eye on Will after his return from the Upside Down.

Even if Bob is exactly who he claims to be, that doesn't mean he would be understanding when Joyce started telling him stories about communicating with her son through fairy lights. Season 2 is picking up one full year after the events of Season 1, but a small town like Hawkins is not likely to move on from a rash of disappearances quickly, especially when Will was the only person to return. With Bob and Joyce spending so much time together, he will be getting a close look at the Byers' family dynamic, and he is bound to hear something he's not supposed to hear.

In the world of Stranger Things, being normal is a rarity. Bob is either going to be a lovely boyfriend who ends up eaten by whatever slug creature Will keeps burping up, or there's more going on in his life than an exciting managerial position. While it's hard to be certain about anything in Hawkins, I'm guessing the latter option is closer to the truth.

At least that means '80s icons Astin and Ryder are sure to have some meaty scenes together. Joyce deserves to be happy, but Ryder is way too good at playing the fierce protector of her family to settle into a stable relationship for too long. Since Joyce, Bob, and Hopper all went to high school together, the potential for first generation romance drama is strong. Maybe they even have a few secrets of their own they've been hiding all these years.

Whether Bob turns out to be one of the good guys or an undercover scary dude in a black suit, seeing him onscreen with Ryder is going to make Season 2 so much fun. Even though Stranger Things Season 2 isn't set to premiere until the summer, the show is already weaving new mysteries for the fans to unravel — and Astin's Bob could turn out to be the biggest new mystery of them all.