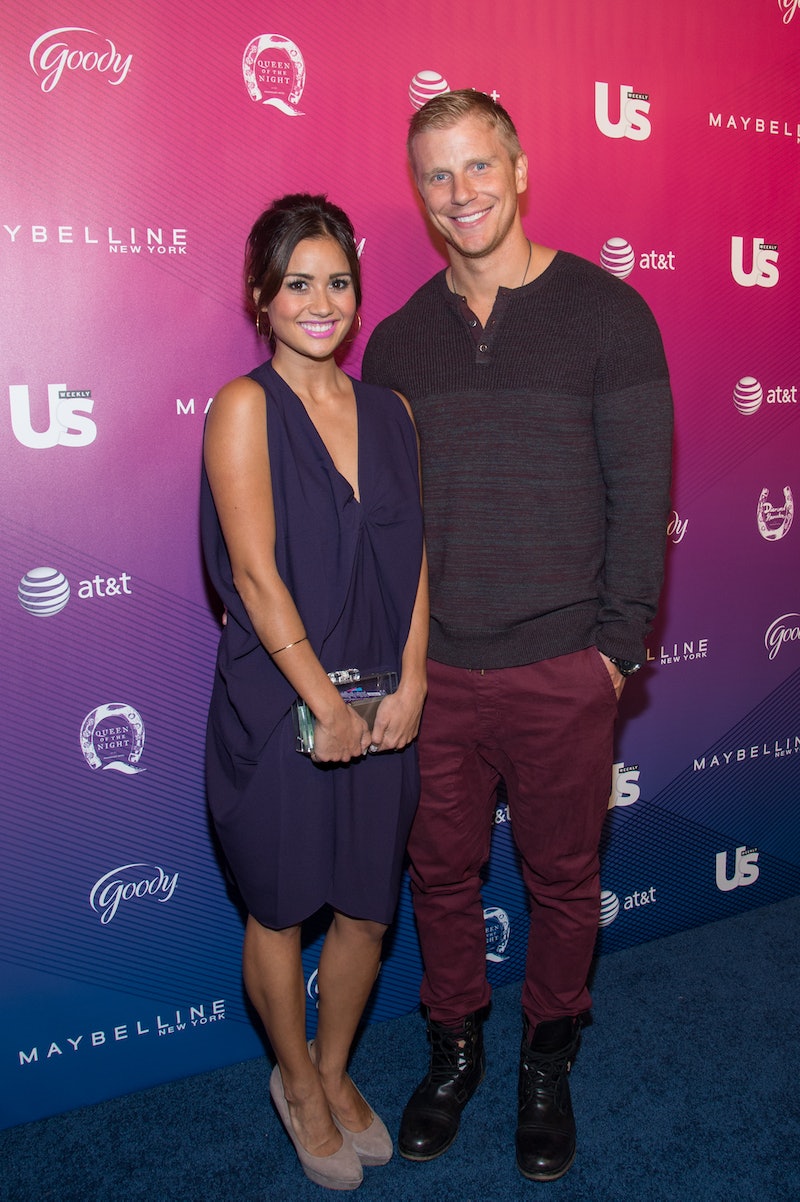 Bachelor Nation, your prayers are needed right now. Sean Lowe and Catherine Guidici revealed that their son, Isaiah, has been hospitalized in the Intensive Care Unit, and is battling bronchiolitis in an emotional post on Instagram. According to People, the couple took their five-month-old son to the doctor on Friday, Nov. 2 after he came down with a bad cough, and he was admitted to the ICU shortly afterwards.

"Long story short- we took our little dude to the pediatrician yesterday for a bad cough he developed and ended up in the pediatric ICU," Lowe revealed in an a touching social media post that showed Guidici comforting Isaiah in a hospital bed, while the infant was hooked up to various machines to monitor his health.

Lowe continued: "We’re still here and probably will be for a couple more days. Isaiah’s got bronchiolitis and his little body is having a tough time getting enough oxygen. He’s not having the best time but the doctors and nurses have been great and we’re just super thankful we took him to the doctor when we did. We’re confident he’ll be just fine but prayers are always welcome."

Guidici reposted her husband's Instagram photo and caption, adding the prayer hands emoji to her own message.

The couple — who fell in love on Season 17 of The Bachelor back in 2012 and married two years later on national television — welcomed baby Isaiah Hendrix back in May. The couple are also parents to two-year-old Samuel Thomas, who was born in July 2016.

Having a son in the hospital is clearly an incredibly stressful and trying time for any parents, and Lowe and Giudici have often spoken about just how important parenthood and their growing family is to them. In June, Giudici even posted an early Father's Day tribute to Lowe, in order to celebrate what a loving father and supportive partner he is all year long.

"This man has been so extremely patient, attentive and loving toward me and our boys since I got pregnant with Isaiah," Giudici captioned a sweet photo of Lowe cradling Isaiah, who was a newborn at the time. "Father’s Day is on Sunday but I really appreciate everything he does for us on the daily. The guy you witnessed on The Bachelor/ette, that wholesome, respectful, hot, family guy is still around but this time, I’m the only woman in his life and he makes sure I know that every day."

In June, Lowe told People that he finds "so much pride in fatherhood" after the birth of Isaiah. And one of the things that he was enjoying most about being a father of two was seeing how much older son Samuel was delighting in being a big brother.

"Samuel constantly wants to give him kisses and Isaiah just lays there and takes it and never cries," Lowe told the outlet. He’s such a chill baby. I just think it will be so fun to watch them grow up together and be best friends."

He added, "I’m really excited to watch the dynamic as these boys grow into men."

Both Lowe and Giudici have expressed a desire to have more children, so that both Samuel and Isaiah can experience the joy and excitement of being big brothers. "I'm the person that wants a soccer team as a family and have a compound and everyone sleeping together in bunk beds and all that stuff. So yeah, there will definitely be more," Giudici told Entertainment Tonight in April 2017, noting that she also hopes to adopt in the future.

Lowe, meanwhile, is hoping to add just one more child to his growing family, telling ET, "[Growing up], it was just me and my sister. Two is a great number. I could do three. I think four, that can be out of control sometimes. I would say three is a good number."

In the meantime, we're just sending lots of prayers and good wishes to the Lowe-Giudici family, and hoping that baby Isaiah gets better soon, so that he and his big brother can play together some more.